The first time Nico and I passed through Budapest was last year.  We had driven through Slovakia and the Czech Republic, and were taking a cheap flight out of Budapest back home.  Unfortunately, there was a series of snags, including getting scammed by a cab driver, that led to Nico having to miss his flight and take a 24 hour long train journey back to Luxembourg.  We decided to give Hungary another shot when a friend came to visit in October.  Budapest is a beautiful city with a lot to see and do, and it’s a popular destination for stag dos and hen parties (British bachelor and bachelorette parties). 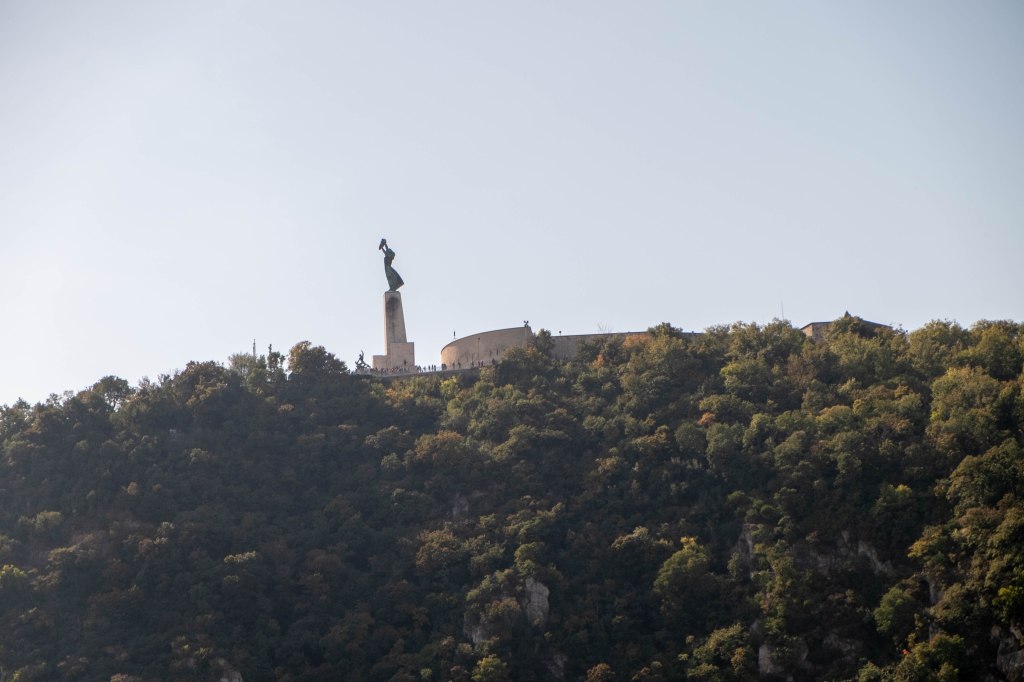 Public transport is cheap and easy to use, but make sure to stamp or validate your ticket!  Enforcement is strict, fines aren’t cheap, and playing the dumb tourist card won’t work.  I recommend getting the daily tickets for peace of mind and to just simplify things.

The first day, we started off with breakfast and freshly squeezed pomegranate juice at the Central Market Hall.  This is a great place to get some local souvenirs such as paprika and other spices. 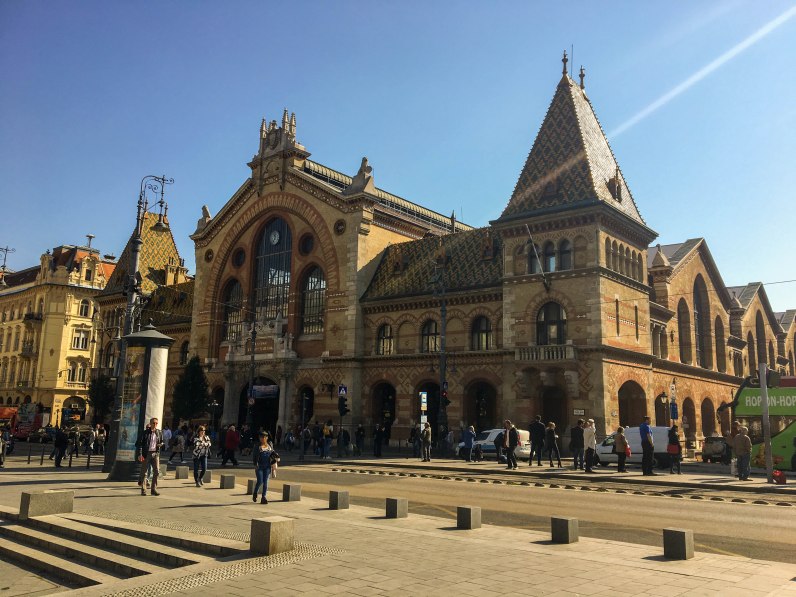 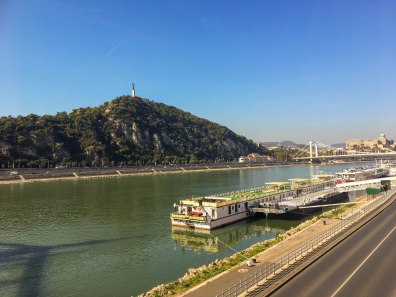 Next, we walked across the Danube to the Gellért Thermal Bath.  Budapest is famous for its spas and thermal baths, but do some research on which bath to go to beforehand.  For example, the Rudas bath was open to males only that day.  Gellért is housed in this beautiful and grand art deco building, built in 1918.  I could have spent hours here in the large complex relaxing and looking at the lovely architecture. 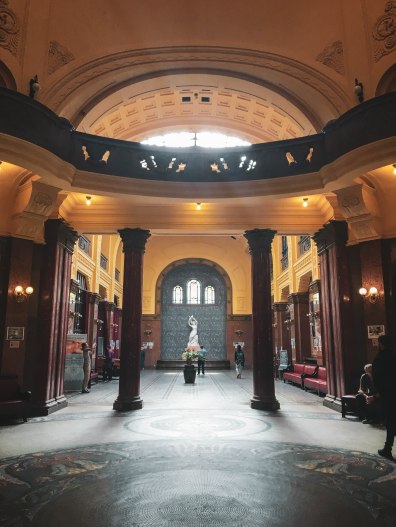 In the afternoon, we did a tour of the Hungarian Parliament, which you can only do through a guided tour (5,800 HUF or $20 USD per person).  We had to book in advance, but there were no English tours, so we hopped onto a Spanish one and Nico did the translating for us 😊.  The building is stunning and the largest in Hungary, so the tour only covered a small percentage.  Beyond being able to see the ornate interiors, the tour wasn’t very informative, so I don’t recommend it.  According to Nico’s translations, the guide mostly spoke about when everything was made and what it was made out of, whereas I was hoping to learn more about general Hungarian history and politics. 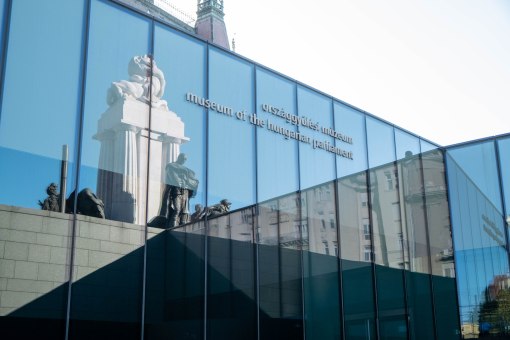 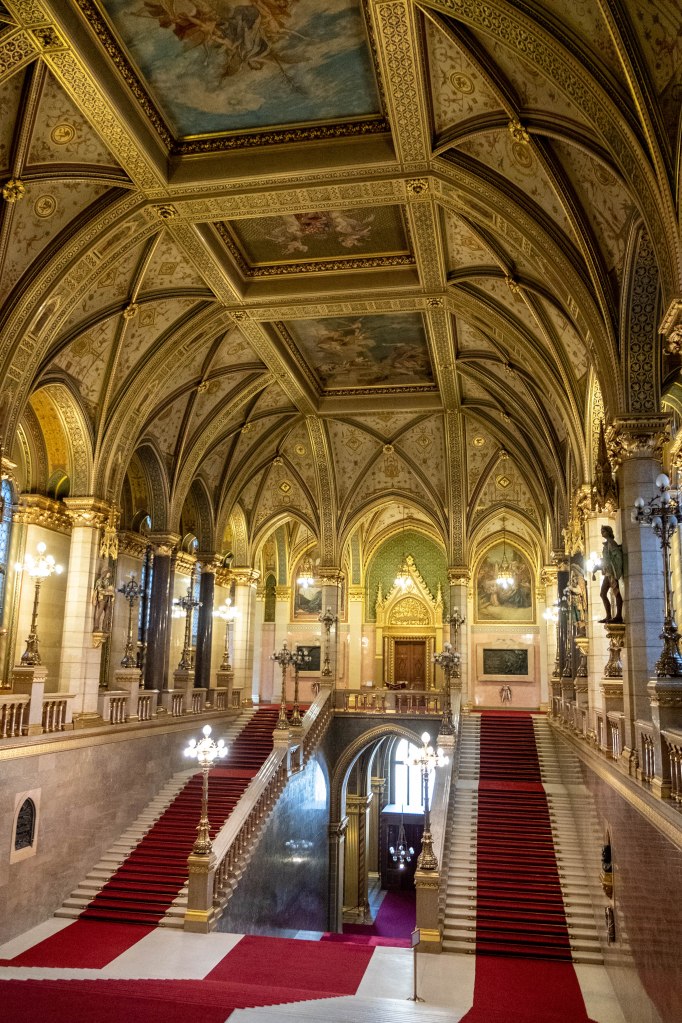 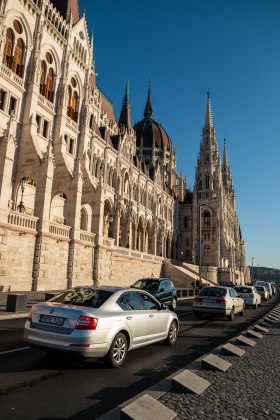 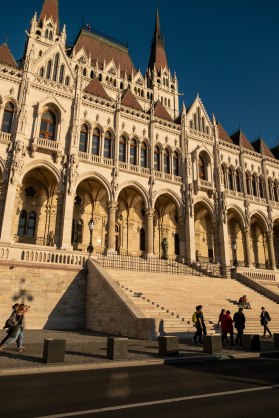 Just before sunset, we walked up to the Fisherman’s Bastion on Castle hill.  We got beer and goulash soup at the panoramic restaurant, while taking in the scenic view of the Danube river and the city. 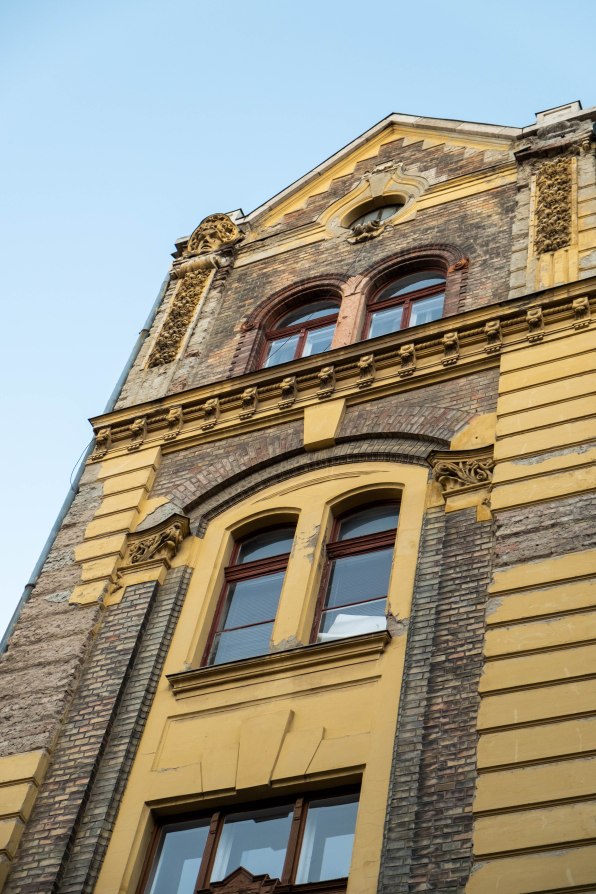 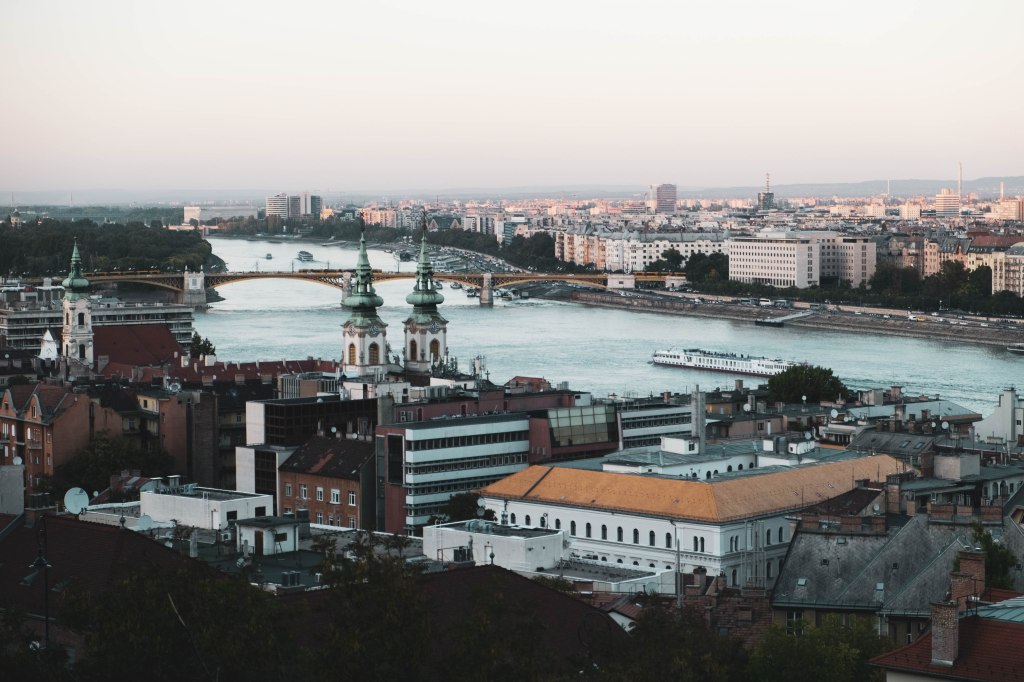 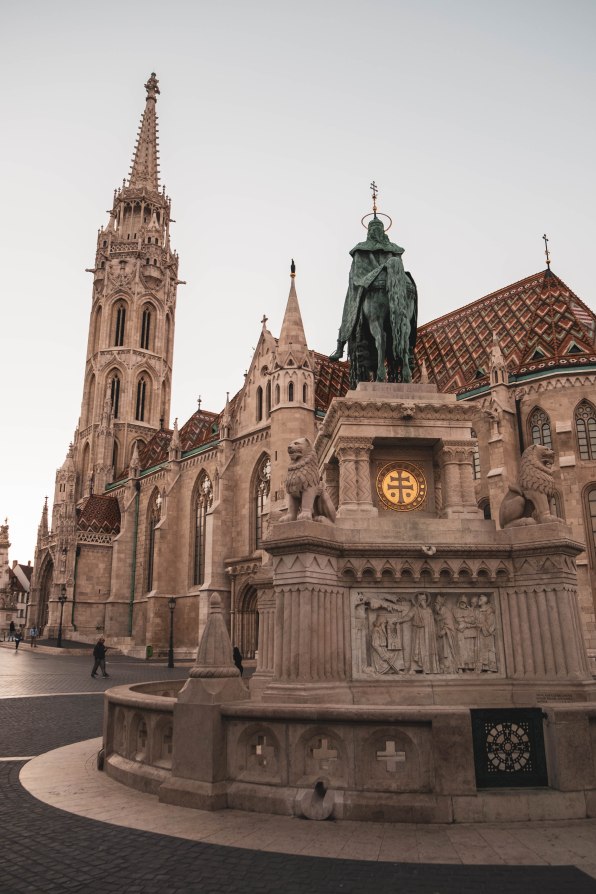 At night, we decided to check out the ruin bars that everyone talks about.  We went to the popular Szimpla Kert, which was a massive maze of smaller “bars” and rooms, e.g. live music room, art gallery room, wine bar, cocktail bar, shisha/hookah bar, etc.  It was great for people watching and to just wander around and stare at the decor.

We started the day with a brunch at the Csiga Cafe by our Airbnb before picking up a rental car to drive out to Hungary’s highest point, Kékes.  It’s about an hour and a half drive from Budapest, and you can basically drive to the top.  There’s not a whole lot to see besides a radio tower and a patriotic marker, but it’s a popular area for bikers and also turns into a ski area in the winter.

Since we had a car, we stopped by a bear farm on the way back.  It would be a fun stop for kids, as you can feed bears with honey on sticks.  They also have wolves, llamas, sheep, raccoon-y things, pigs, lynx, and more. 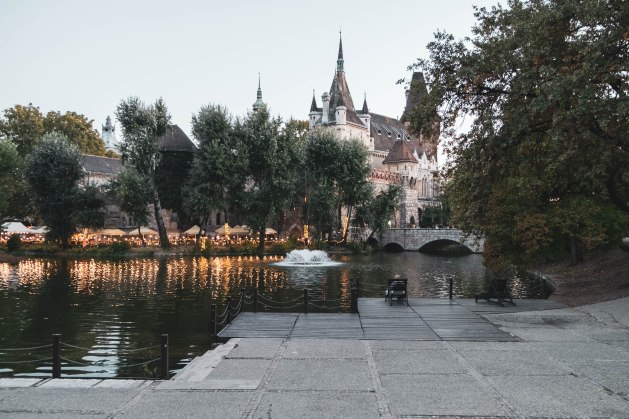 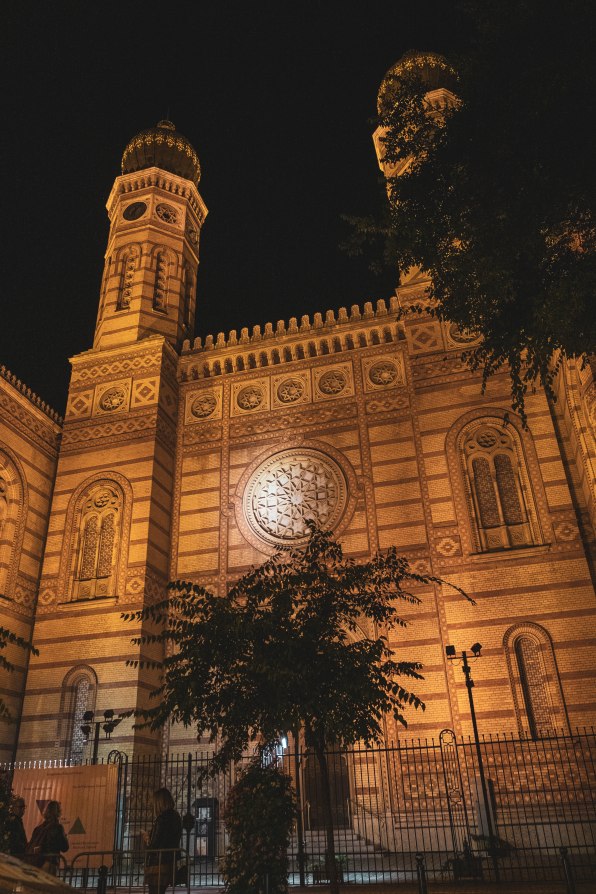 Back in Budapest, we took a quick stroll around Vajdahunyad Castle in the city park in the to wait out the traffic before returning the car.  For dinner, we went to an amazing place with a live guitarist called Alma & Körte.

The morning we were to fly out, we took a quick walk along the Danube by Buda Castle where the Budapest marathon was passing through. 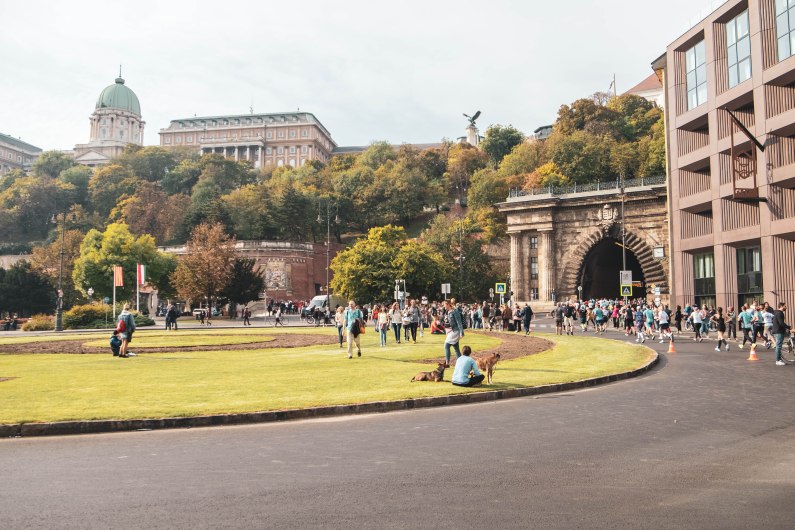 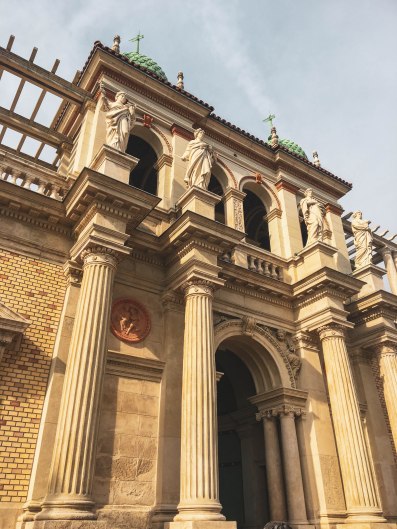