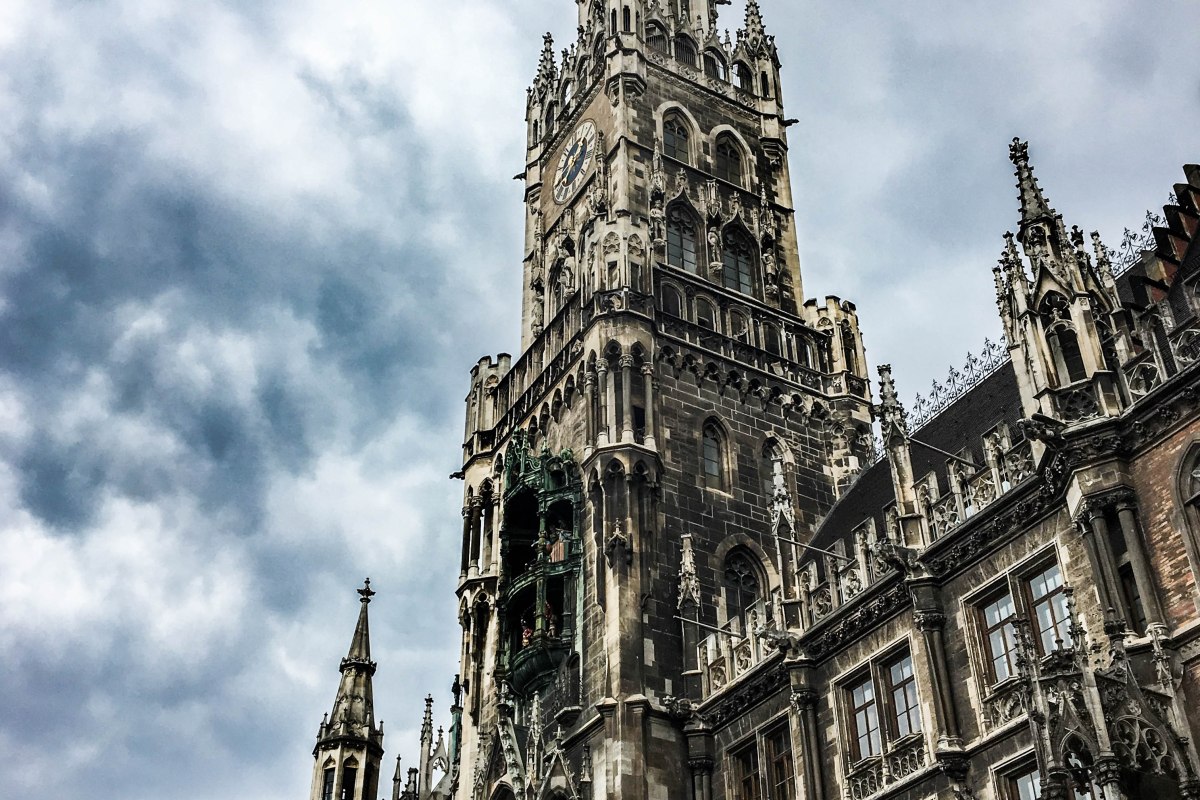 For Easter weekend, N and I went to Munich for our first big trip since moving to Luxembourg.  He’s been in Europe for over a year and I’ve been here and there a bit as well, but I don’t think I’ll ever get over how easy it is to travel around here.  The flight to Munich took one hour, and we did most of the planning the week before.

We got in late and were starved, so had a quick dinner, then decided to go to Augustiner Keller.  It was fairly empty since it was Good Friday. 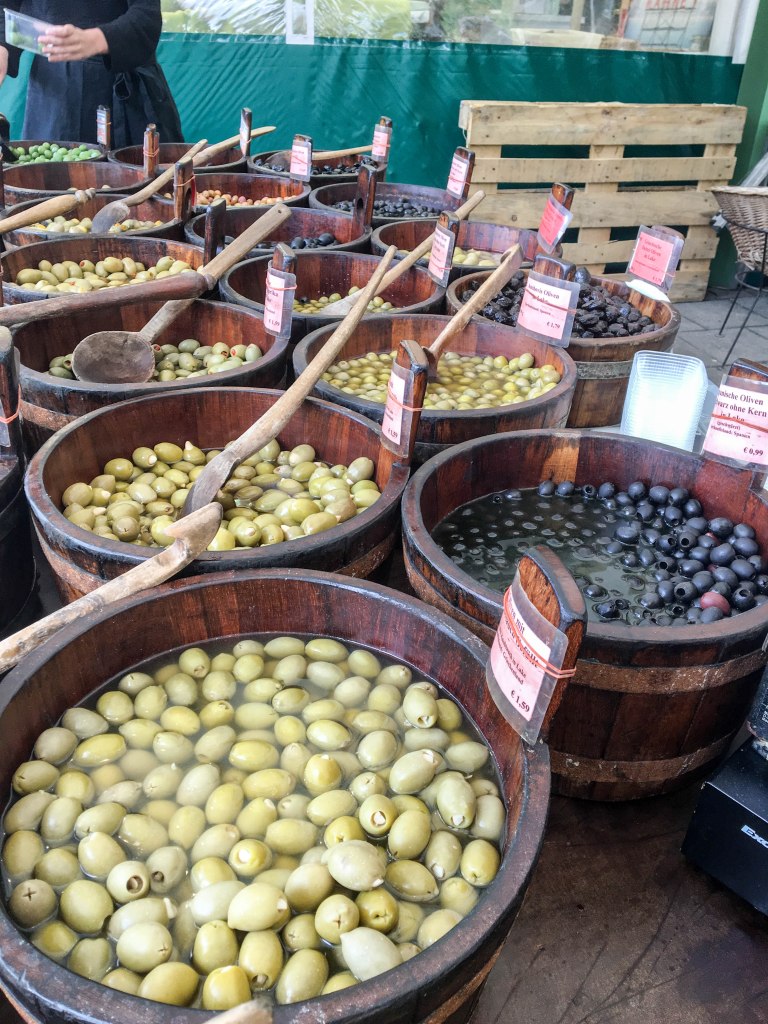 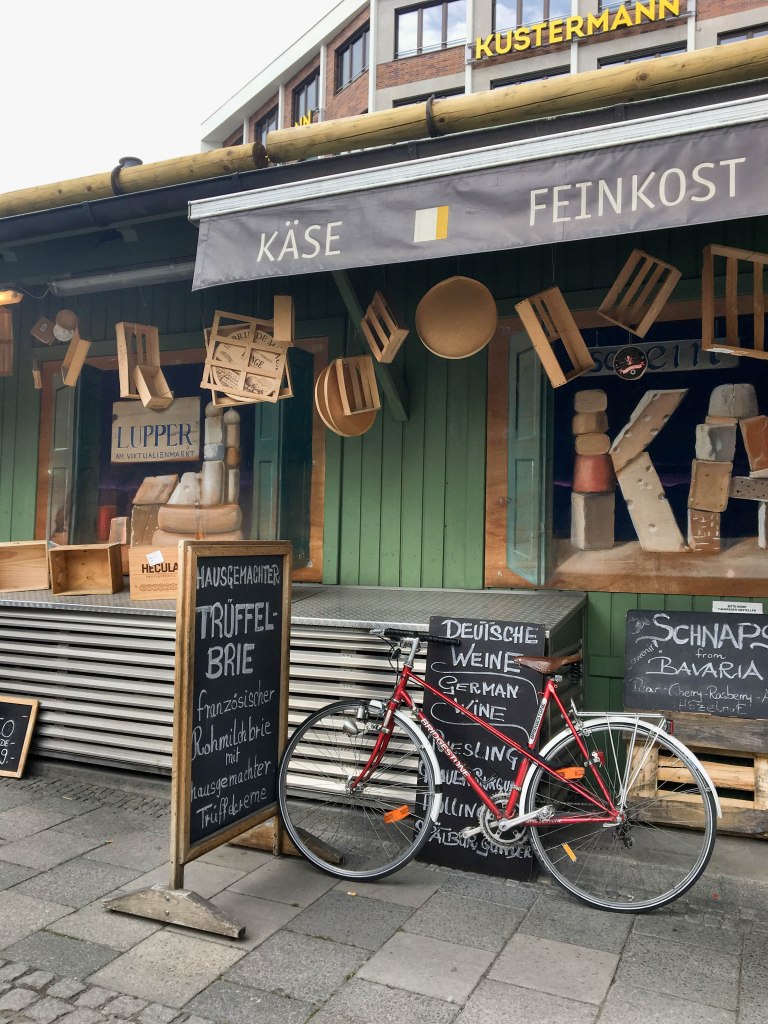 After stuffing ourselves with olives, cheese, pretzels, and beer, we wandered over to St. Peter’s parish church and climbed up the tower to get an amazing view of the city center.  The entrance fee is only €3 per person, but it was super crowded at the top when we went.

Continuing on the standard walking route, we crossed Marienplatz and hit up the Neues Rathaus or New Town Hall afterwards.  My favorite part of the neo-gothic design is all the gargoyles.  I could have stared at them for hours.

Next up, the Munich Frauenkirche or Munich Cathedral.  Completed in 1524, it’s one of the most recognizable symbols of Munich.  When we entered, there was a choir and orchestra rehearsing for Easter Mass, which made the interior architecture all the more impressive.

It had been raining on and off the whole day, so we ended with a tour of the Munich Residenz, the former royal palace of the Bavarian monarchs.  It’s located right in the middle of the city and is crazy decadent.  What struck me is that most of the rooms I walked through were destroyed in World War II and reconstructed in the 1980s. 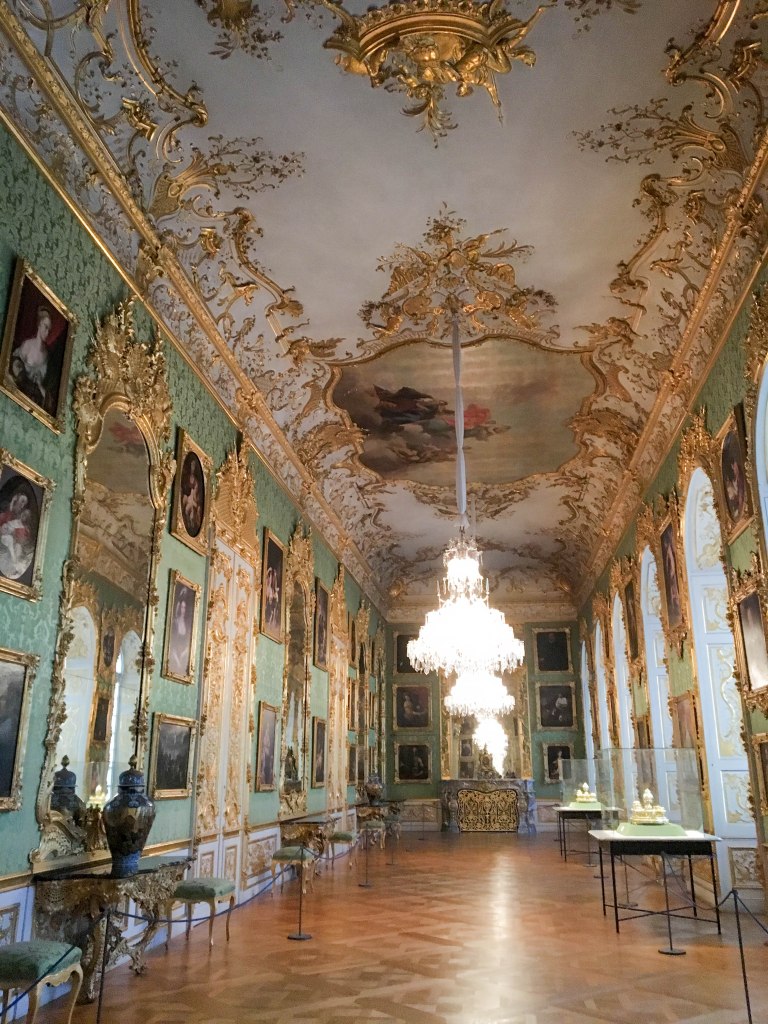 Rick Steves has a great short article about how all the great art was “saved” from the war.

Strolling from the grotto deeper into the palace, you’ll notice the old royal portraits have messy scars. In 1944, when bombs were imminent, Nazi commanders gave the hasty order to slice the portraits out of each frame in the Gallery of the Wittelsbach Family, and hide them all away.

After a long day, we checked out the hotel sauna, where I learned that I hate saunas.  We took a little break and then went to the Tegernseer Tal Brewhouse for a late dinner.  I highly recommend it, as the service was great and it’s one of the few places open late.

We headed out south to Garmish Partenkirchen, a town on the border of Austria and about an hour drive from Munich.  It’s also the launching off place to the highest point in Germany, Zugspitze.  We had lunch at the Gasthaus Braeuwastl, a small and lovely family owned guesthouse, where I discovered the amazingness that is asparagus soup and spatzle.  April is the start of the Bavarian white asparagus season.  So good.

After filling our stomachs and dropping off our stuff at the hotel, we were crunched on time, so we drove the 30 minutes it takes to get to Obermoos, Austria instead of taking the cogwheel train up to the summit from the German side.  The cable car ride up to the top was a quick ascent into the clouds and snow. 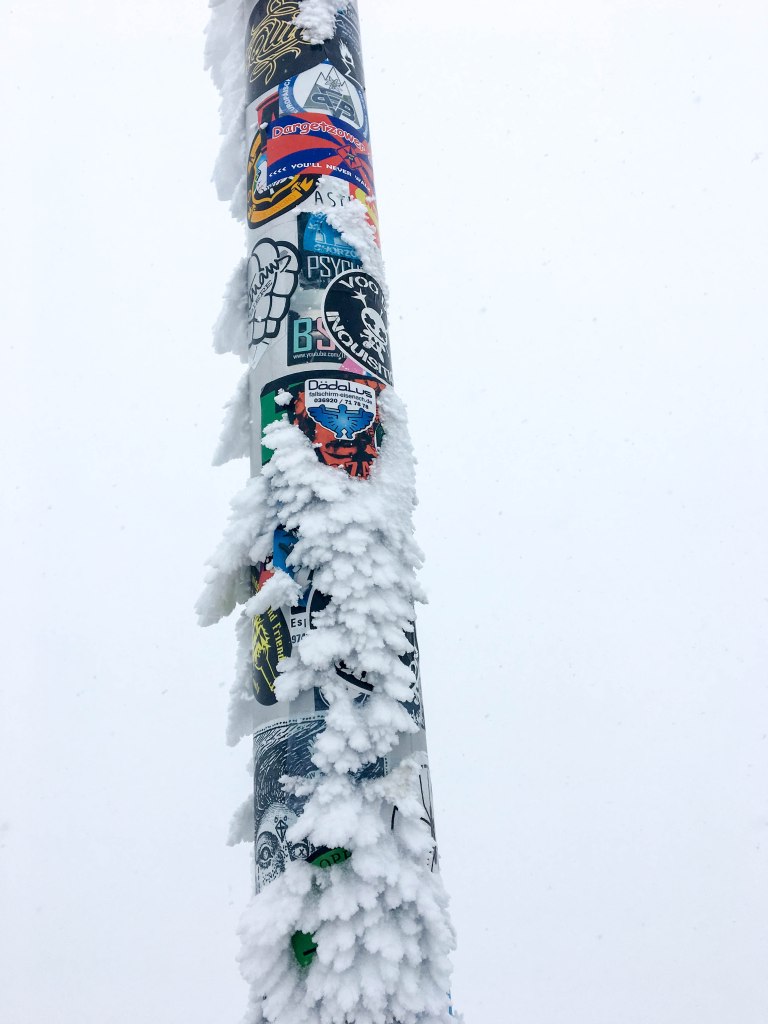 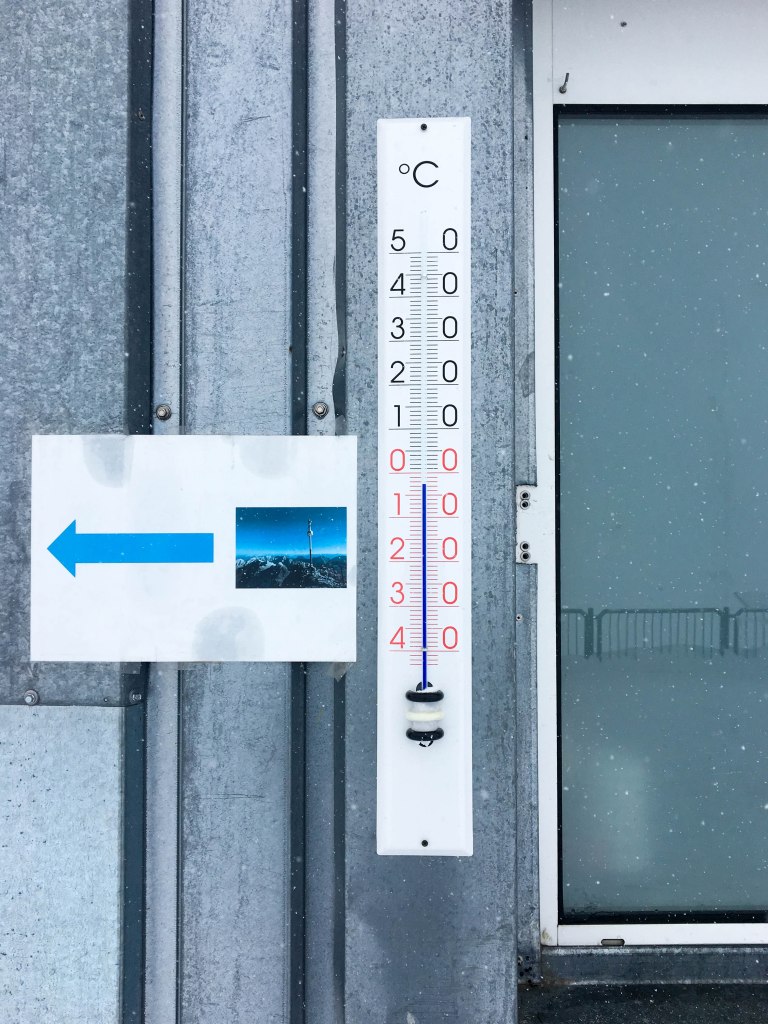 Since we had limited time, no gear, and I only have 1.5 ACLs, we spent €10 each to rent a sled and goggles and went tobogganing.  Holy crap, it was so much fun and you go FAST.  I wiped out a few times including one complete flip, and I flew off the track at one point as well.

Woke up feeling the whiplash from sledding.  We drove along the Romantic Road or Romantische Straße on our way to the Hohenschwangau and Neuschwanstein Castles by Füssen.  It was cloudy, but the scenery was still amazing.

You can only tour the interior of the castles by buying tour tickets, which I recommend you do ahead of time as the lines to buy tickets the day of were ridiculously long.  But then again, we went during a busy holiday weekend.

The Hohenschwangau Castle was first mentioned in 1397, but the Neuschwanstein Castle was completed in 1886.  It was weird imagining people building this medieval inspired castle around the same time as the American Civil War. 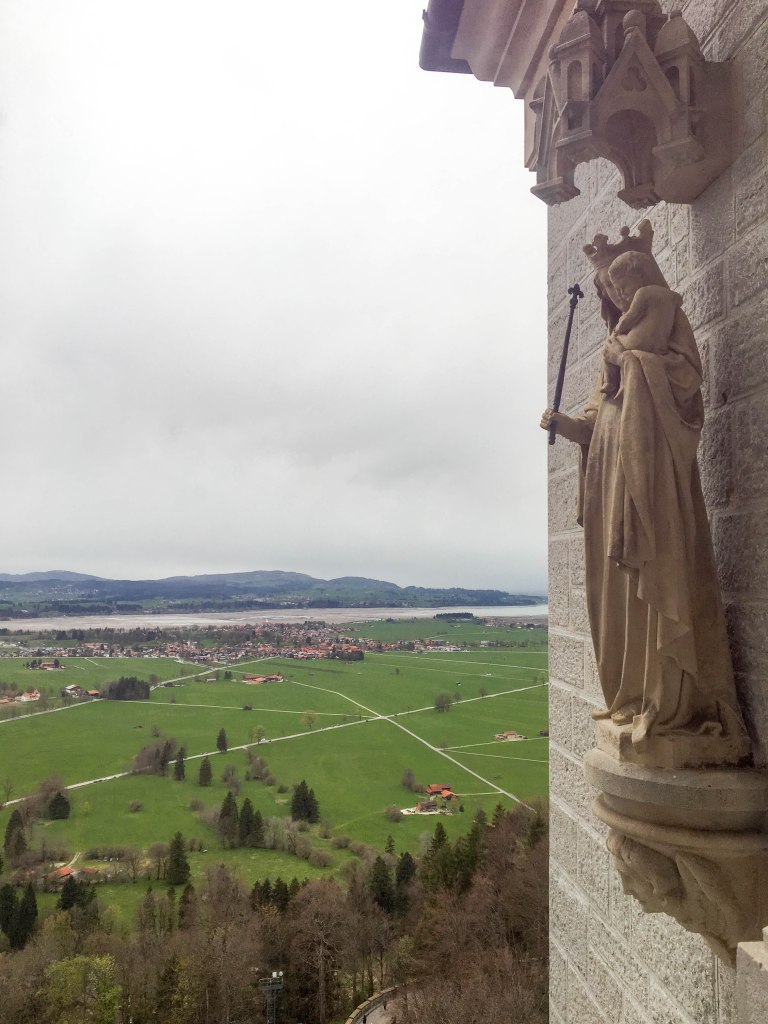 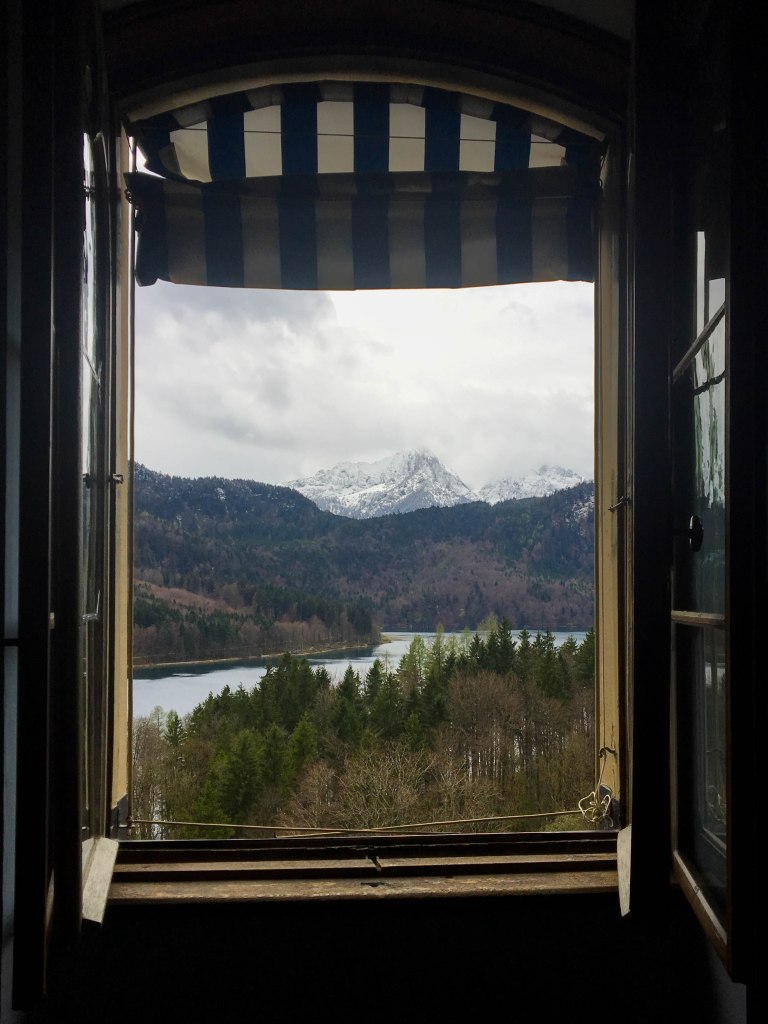 Back in Munich, N was working, and I met up an old friend from my study abroad days for lunch.  It was a heavy snow day (in mid April!), and I was wandering around aimlessly when I noticed these huge bullet holes in the wall behind me.  I know very little about the feelings of local residents, but I appreciate that these reminders of history remain in plain, public view.

The block that I was on is the University of Munich, where you can also find the White Rose memorial commemorating the anti-Nazi resistance group led by a group of students and a professor. 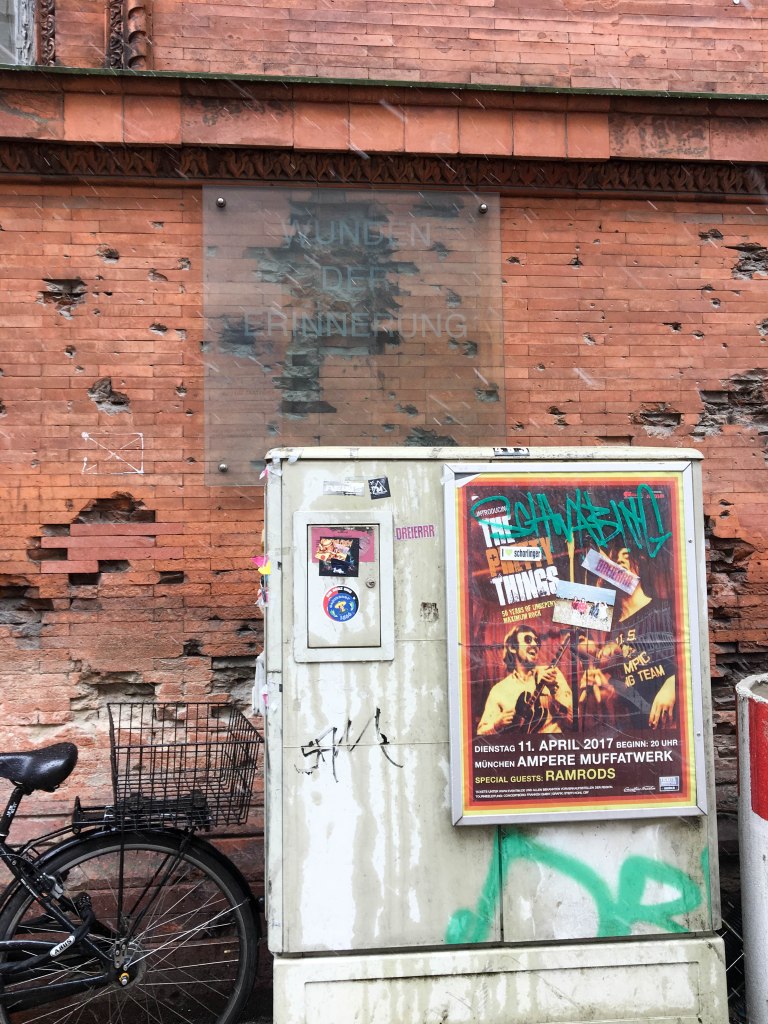 After a thoughtful morning, we flew back home on Luxair while the clouds cleared up.

This was my first time in Germany, and I loved it.  The Bavarian culture, food, and beer were amazing, and most people were very friendly and welcoming.  German is a fun language to try to learn, and the cities are steeped in history.

All photos taken with the iPhone 6s