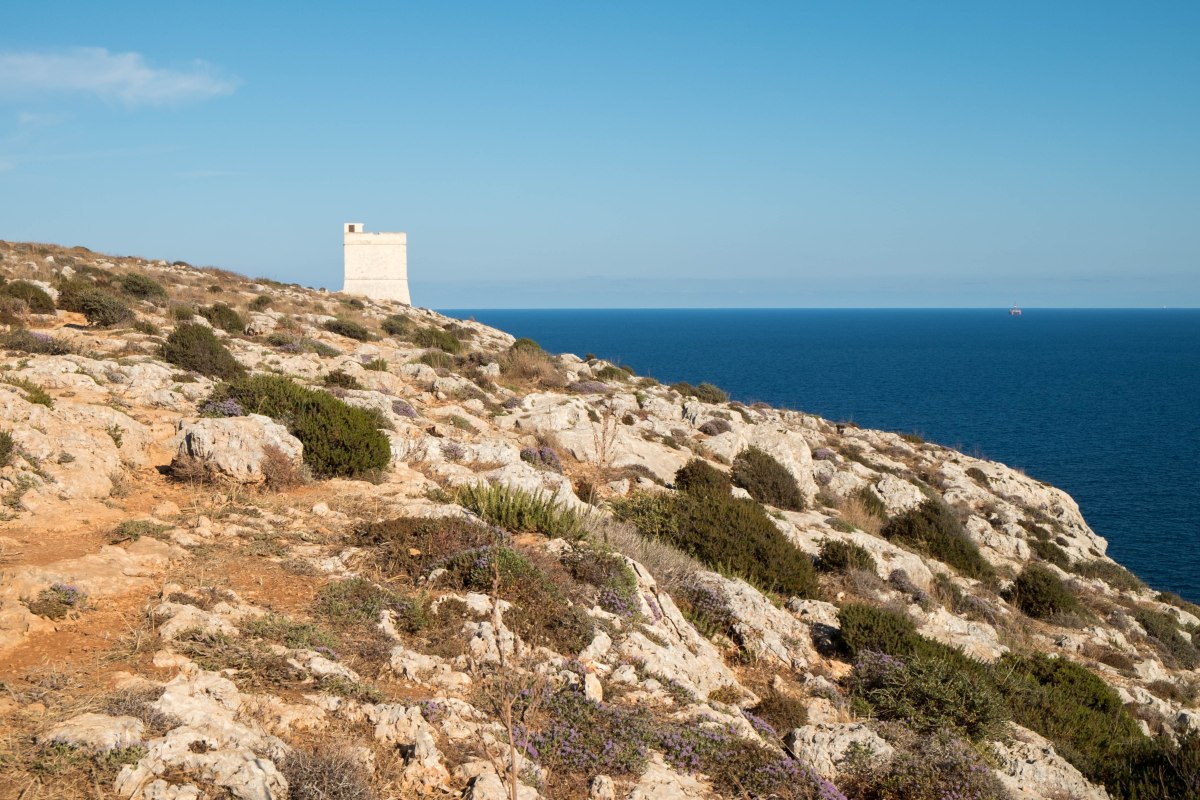 Contrary to popular belief, or at least my belief, Malta is not full of Maltese dogs running around everywhere.  I didn’t see a single one… 😦

Sand colored buildings, rocky cliffs, and blooming desert shrubs.  Malta is part of the EU and is made up of three main inhabited islands: Malta, Gozo, and Comino.  It used to be part of the British Empire, so people drive on the left and English is an official language (Maltese is the national language).  N doesn’t like driving on the left, so I finally got to pull my weight with some of the driving.

Straight from the airport, we tried to go to the megalithic Ħaġar Qim Temples not too far from the airport.  Unfortunately, we got there just before closing time, and they wouldn’t allow us in.  We were still able to walk around the outside of the UNESCO site and check out the amazing blue ocean. 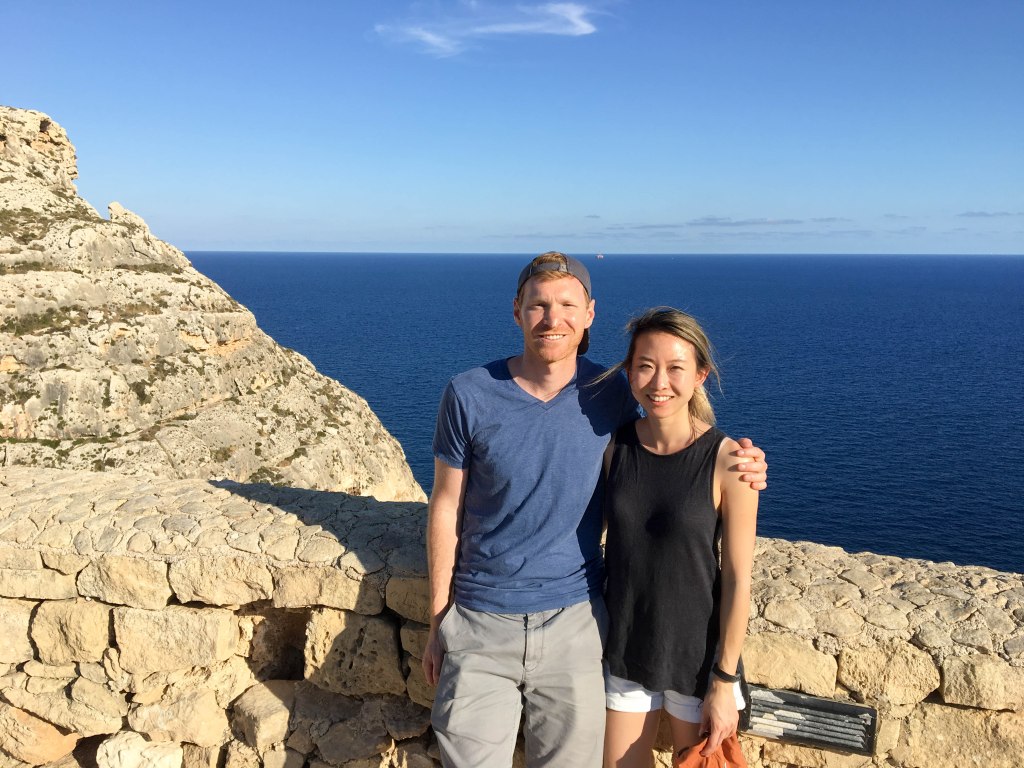 We also made a quick stop by the Blue Grotto before hunger overtook us.  Based on a recommendation from our hotel, we went to Ta’Kris.  We thought the food was so good that we went there again the next night.  The garlic mushrooms, omggggg.

The next day, we drove and took a ferry to the northern island, Gozo, based on recommendations from N’s Maltese friend, M, who told us Gozo is quieter and more scenic.  Unfortunately, the Azure Window recently fell into the ocean, but we were still able to see some other beautiful spots.

The morning before we flew back to Sicily, we walked around the capital, Valletta.  This area was more touristy and bustling than any of the other places we went to, but we still managed to find a quiet place, the National Library, with some really cool and really old texts.

Rental car lesson time!  The car we rented in Malta was beaten up.  The streets are narrow, the local drivers are crazy, and the tourists are used to driving on the right.  Our poor car had born the marks of a hundred dents and scratches before I even set foot in it.  I took pictures of all the major injuries, but upon return, the Goldcar rental guy noticed a scratch underneath the car that I hadn’t seen.  N is one hundo percent convinced that this whole thing is a scam, and I don’t disagree.  I paid over €600 for the damages and am still going through the claims process.  Anyway, the lessons are as follows:

(Other) Lessons and Tips

One thought on “48 Hours in Malta”