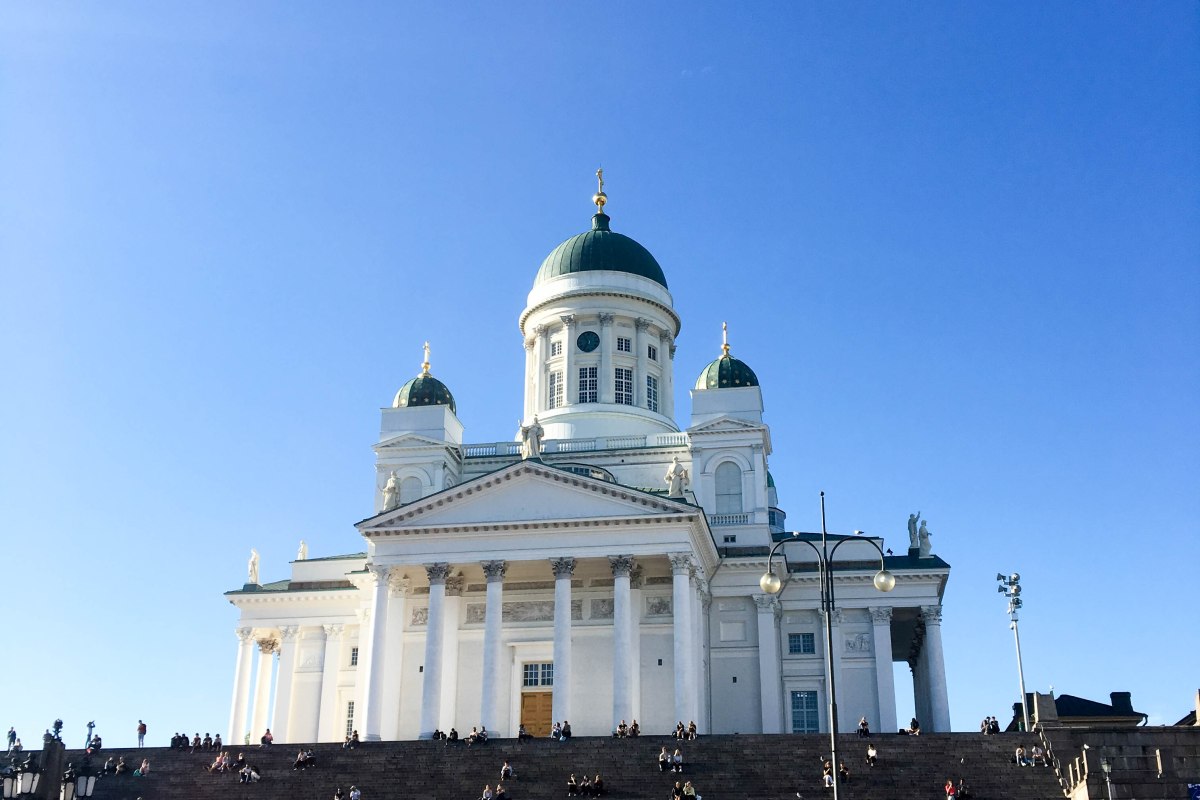 A very accomplished friend and former Dell colleague of mine, Ang, was spending 7 weeks traveling around Europe before starting business school at Harvard, and she let me tag along for a stint.

We stayed at the City Backpackers Hostel near to the central train station.  It was a great space where we met a bunch of cool people, and the hostel offers a few different types of tours as well.  The first night we were there, we went to the Ice Bar with some random people from the hostel.  It was cold but a bit kitschy for me.  Can’t say I need to do that again.

Day 1:  We went to the Stockholm Public Library (I know, I guess have a thing for libraries).  Then Ang and I rented a kayak from Rålis Kayak and even though I still do not know how to kayak properly, we paddled for 2 hours around the Kungsholmen island.  The guys running Rålis Kayak were really chill and nice, but this was the only place we encountered the whole time in Stockholm where we couldn’t pay with our credit cards. 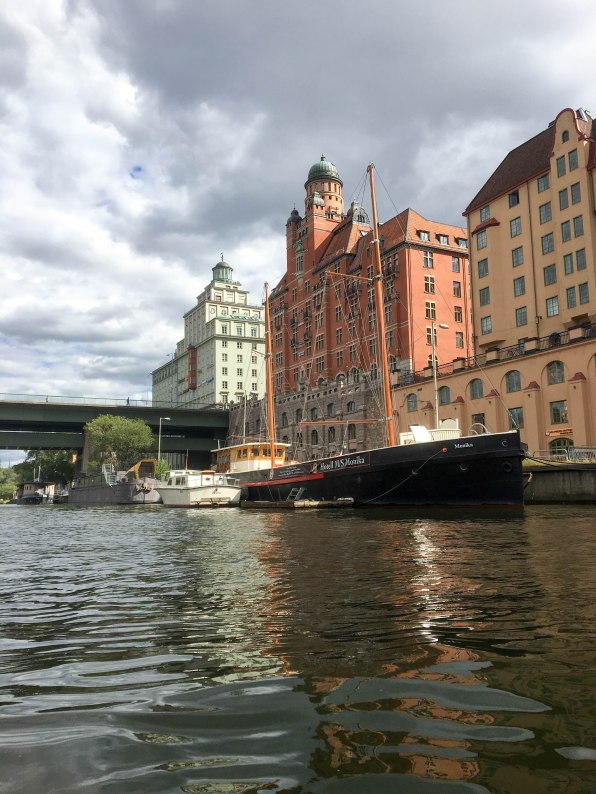 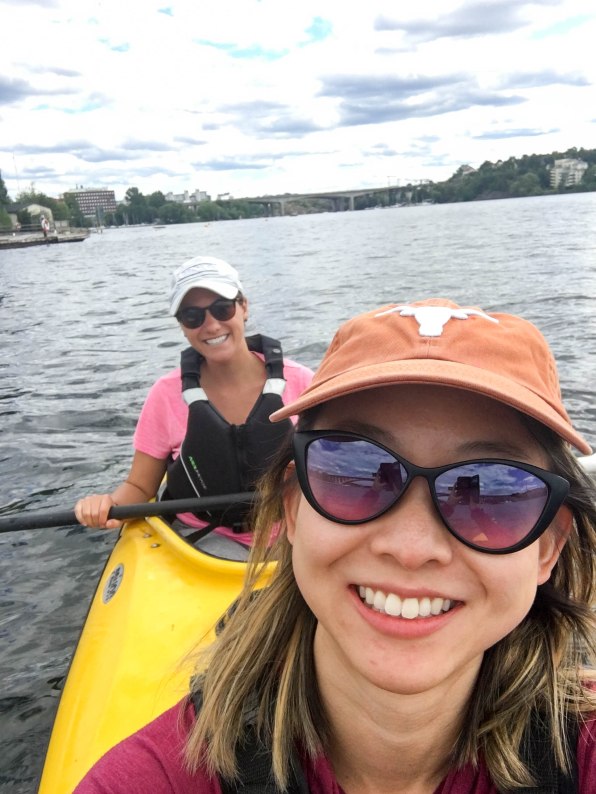 Day 2:  We signed up for the city bike tour offered by our hostel, which took us around several of the islands and was a great overview of the city.  That night, we went to Trädgården, which is a hipster outdoor bar / club / food truck area under a bridge.  So many tall and trendy locals… 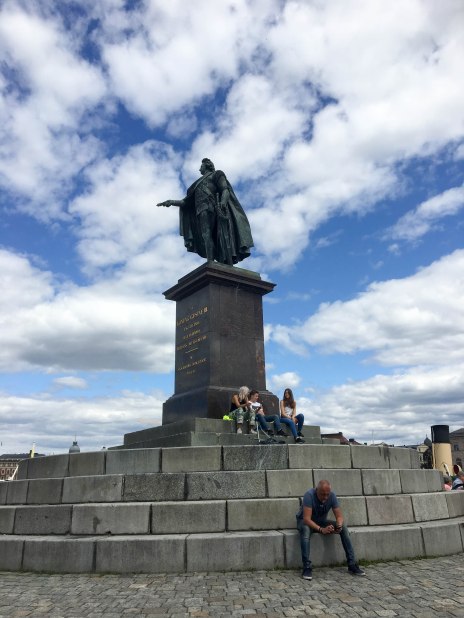 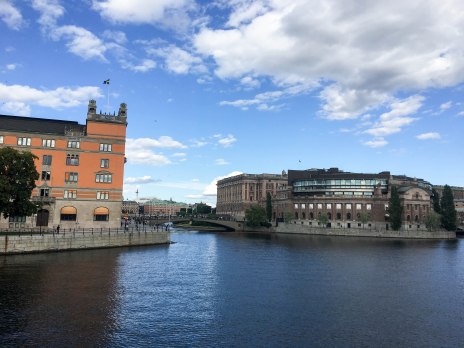 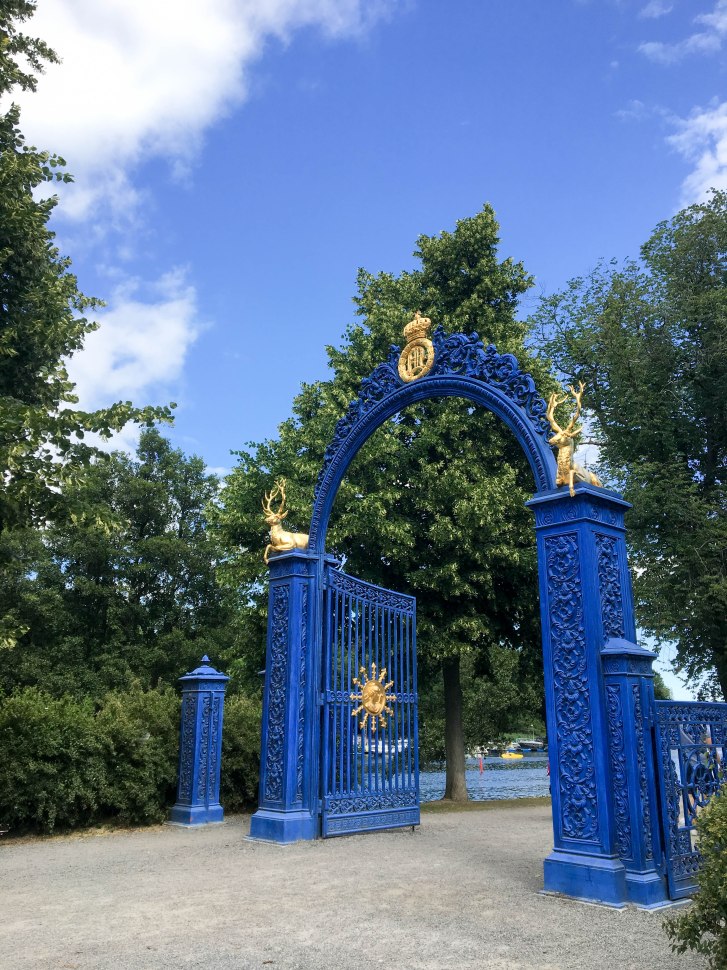 Day 3:  One of the top tourist attractions in Stockholm is the Vasa Museum, a museum dedicated to a ship that sank 1,300 meters into its maiden voyage.  Sounds a little ridiculous.  Why are the Swedish so proud of this naval disaster?  But it’s actually very cool!  The museum highlights what life was like during the 17th century, why the ship sank so quickly, and how they recovered the ship in 1961.  I highly recommend watching the short film to start with. 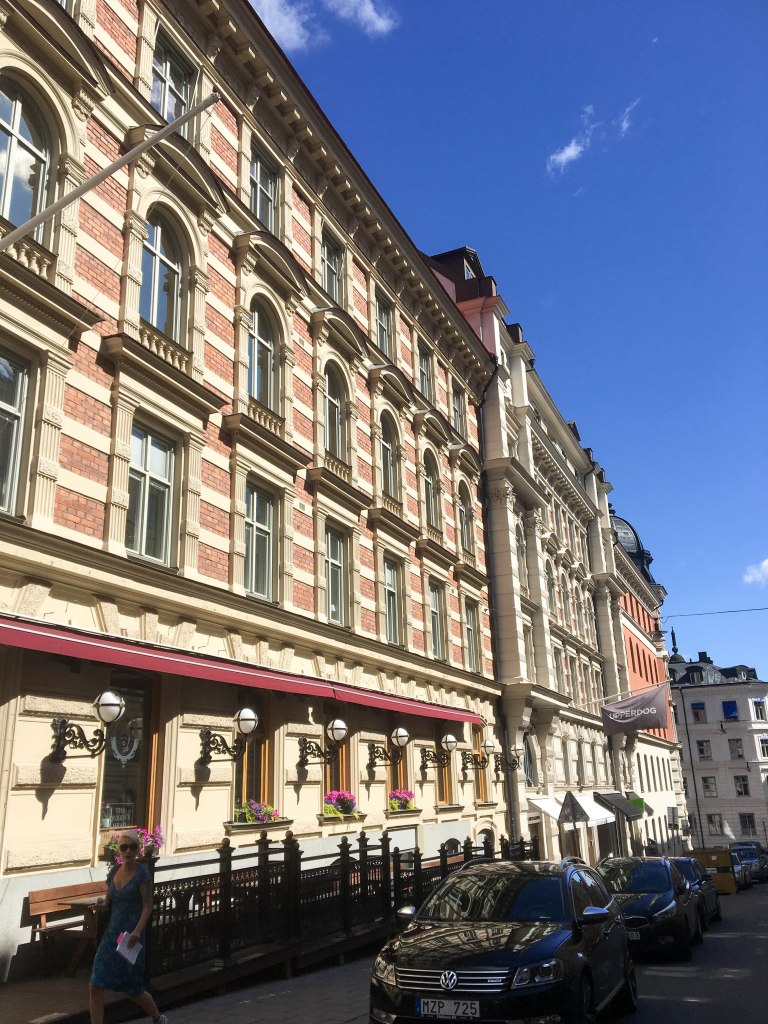 We took an overnight ferry from Stockholm to Helsinki.  It was basically a mini cruise ship and a relatively economical way to travel as it covers one night of accommodation as well.  However, it is an upsell model, so we paid quite a bit for the grand dinner buffet on board.  The buffet had unlimited wine and beer on tap.  Let me repeat.  On tap.  Unlimited.  So needless to say, I passed out right after dinner 🙂

Day 4:  Arriving in the morning in Helsinki, we walked through some very quiet streets to our hostel, then did the Green Cap Free Walking Tour. 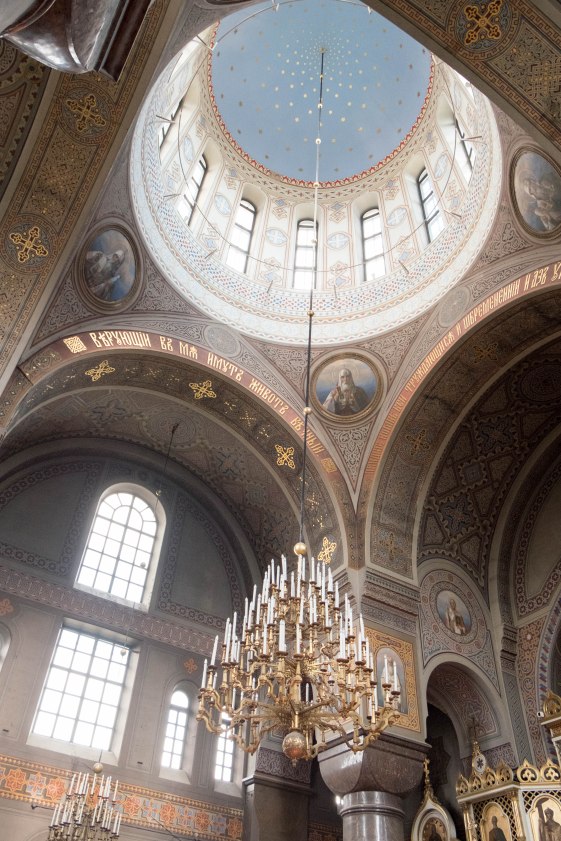 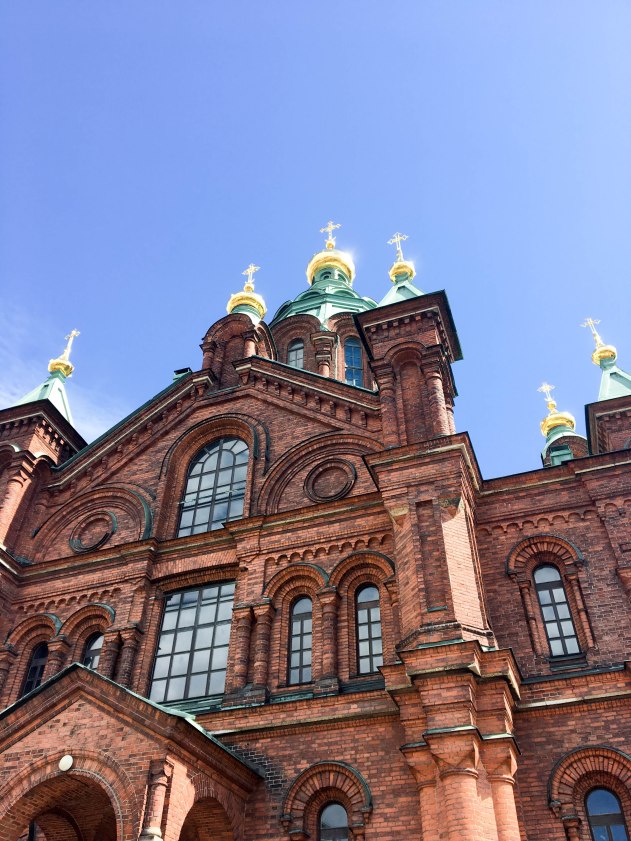 As an American living in Lux, there aren’t many craft beers readily available, so I go a little crazy everywhere else I travel.  Ang humored my constant beer hunting, and we had a nice lunch and beer at Il Birrificio.

Day 5:  We took the train & bus an hour and a half out to Nuuksio National Park to hike around, and we also went to the Reindeer Park nearby.  It’s a small place and a bit pricey, but for €20 you get some lichen to feed the reindeer and a homemade sweet stick bun that you roast yourself over an open fire in a teepee.  A bit stereotypical, but fun and cozy nonetheless. 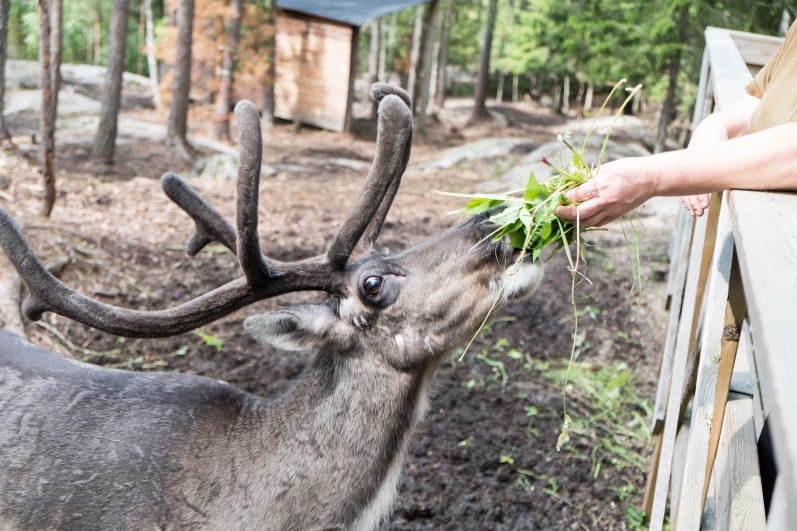 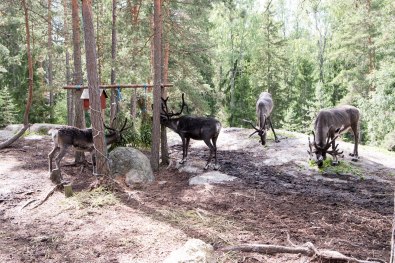 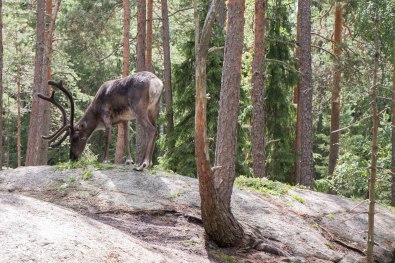 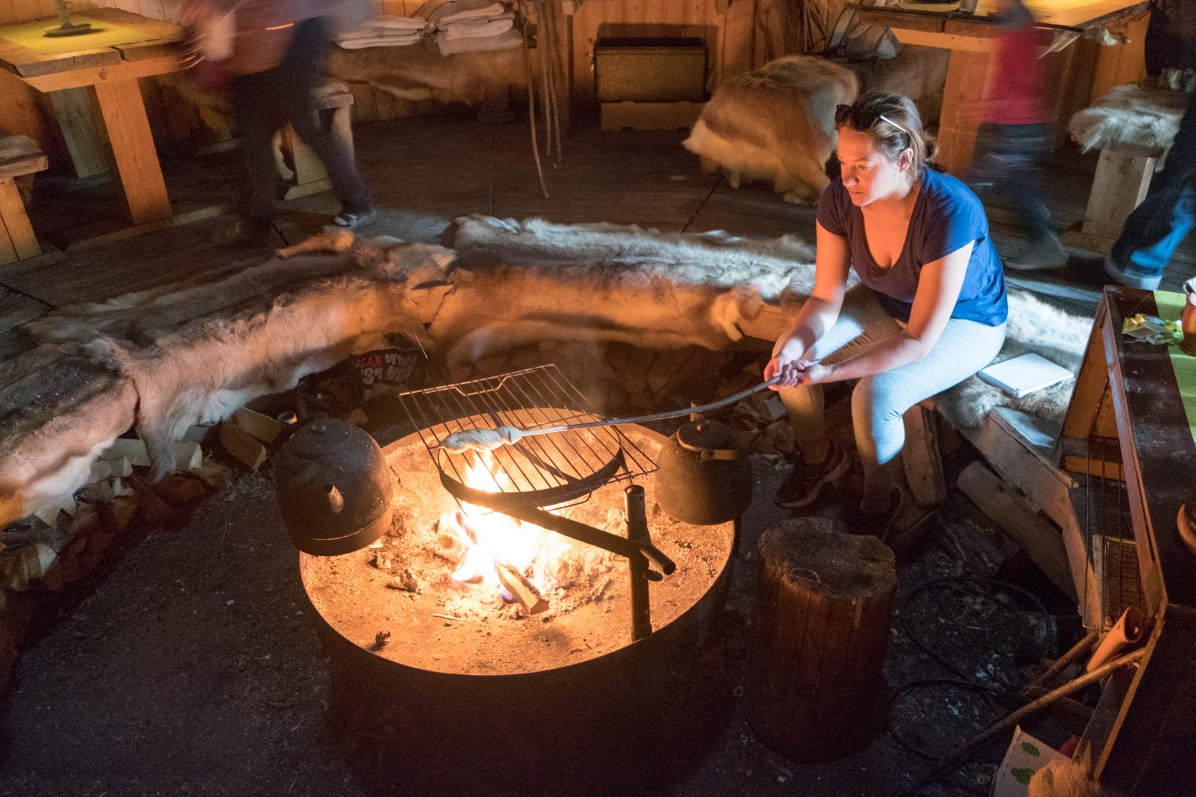 In Nuuksio, we hiked in the Haukkalampi area.  In Finland, Sweden, and several other Northern European countries, there’s a term called “everyman’s right” or the “freedom to roam.”  The basic idea is that the general public has the right to roam, hike, camp, and access certain public or privately owned lands.  We saw this hiking around Nuuksio with tents pitched right by hiking trails, people picking wild berries in the forest, and in general, everyone just fully enjoying the wilderness.  Next time, I’m bringing something to barbecue. 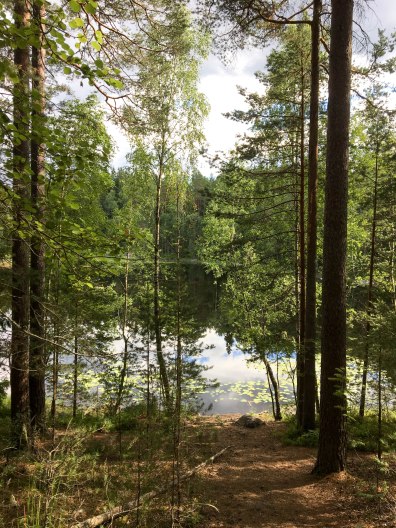 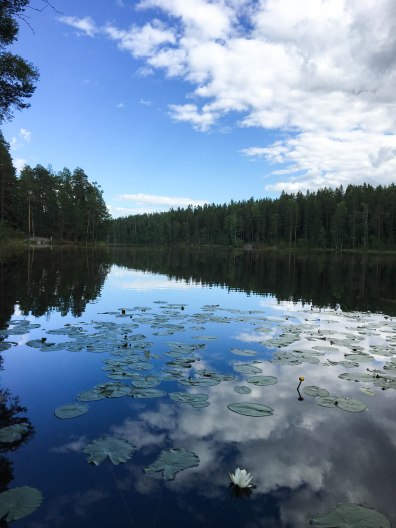 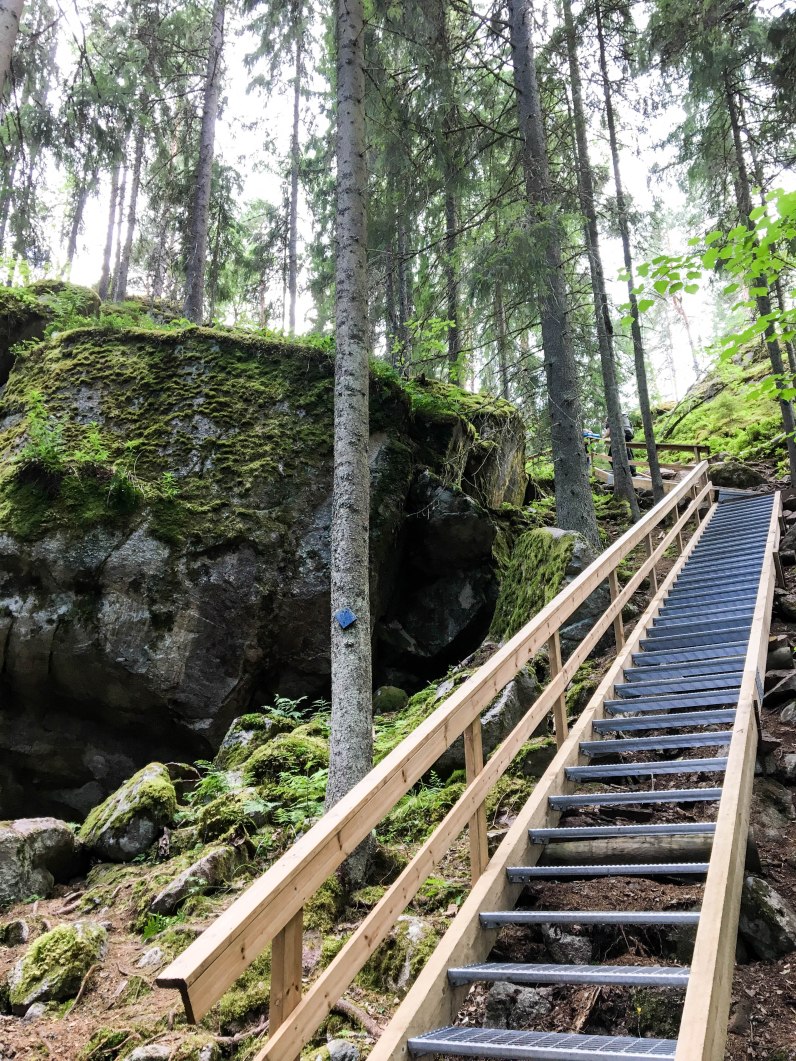 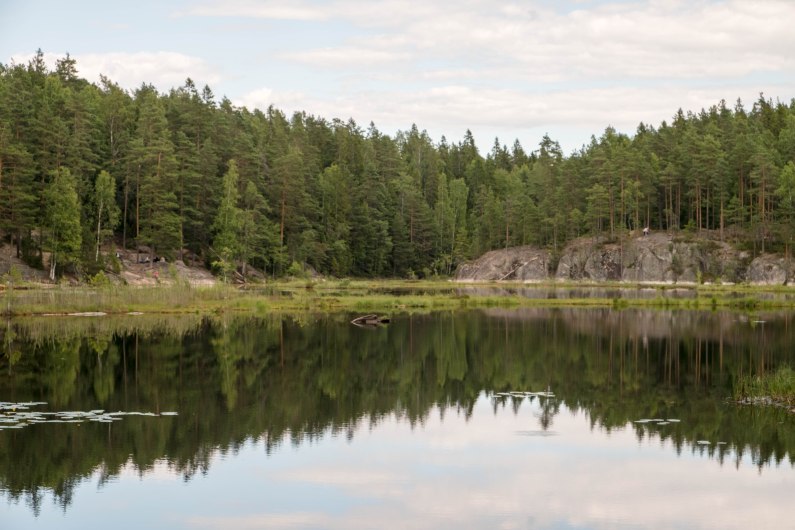 Day 6:  Our last day in Helsinki, we took it easy.  First we had moose meatballs for breakfast in the Market Square, then we took a ferry to Suomenlinna, an 18th century UNESCO sea fortress.  The weather wasn’t great, but it was a nice and easy walk compared to the day before.  There were also plenty of locals picnicking around the island.  If I were a kid I would have looved this place.  It’s full of Hobbiton-like hills and hiding places. 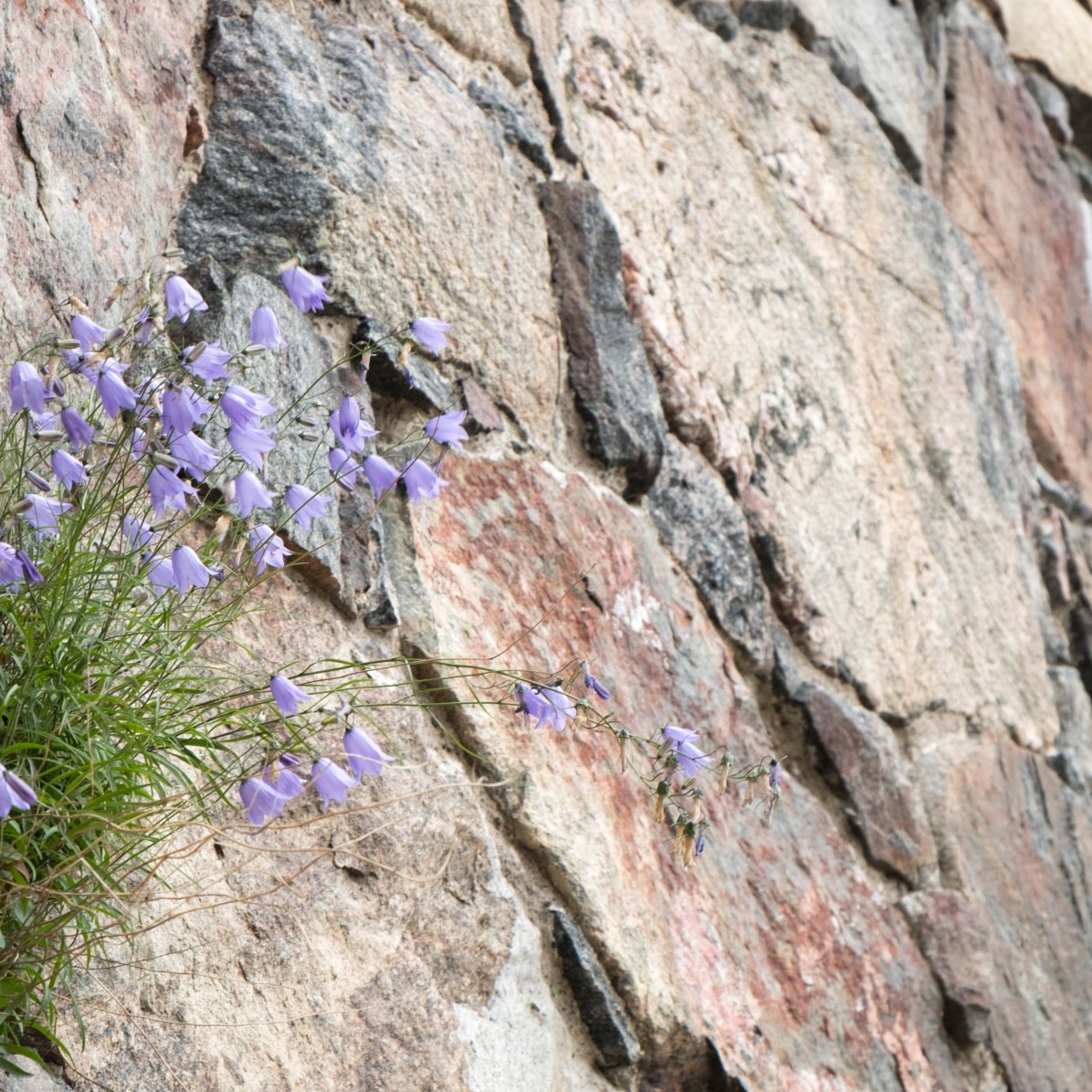 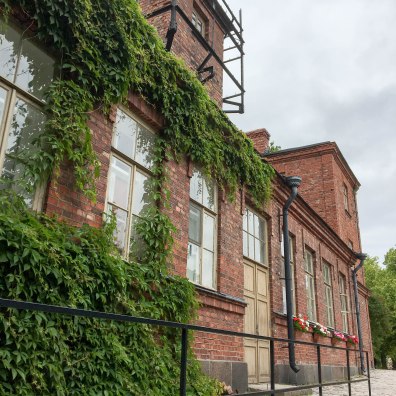 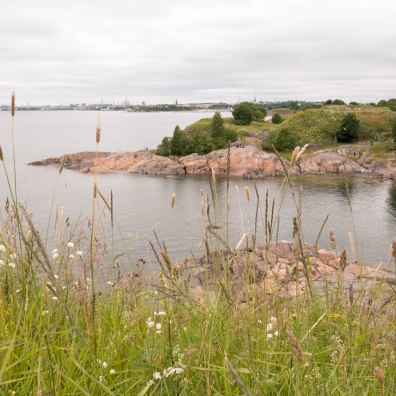 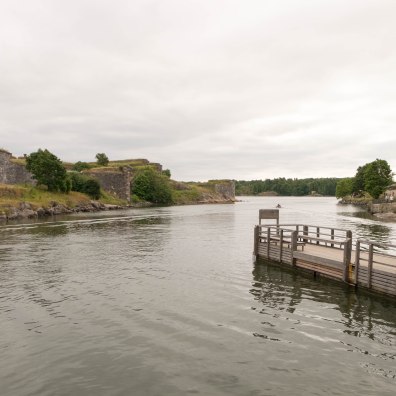 For lunch we went to the indoor Hakaniemi Market Hall and tried reindeer.  A traditional Finnish sauna is a must, and Ang made reservations for us at Löyly.  Now I have to say, I’ve never liked saunas.  You just sit in a super hot, super humid room and sweat.  I kept trying it but I never understood it.  It’s like confining yourself to the worst Houston summer on purpose.  In Löyly however, it clicked for me.  I had rotated between the two saunas (a traditional smoke sauna and a wood-burning sauna) and dipping in the ocean a few times when I finally experienced sauna nirvana.  It might have just been dehydration or the beautiful and calming Finnish architecture, but I love saunas now!  Finally, we topped off the day with a lovely fancy dinner date at Juuri. 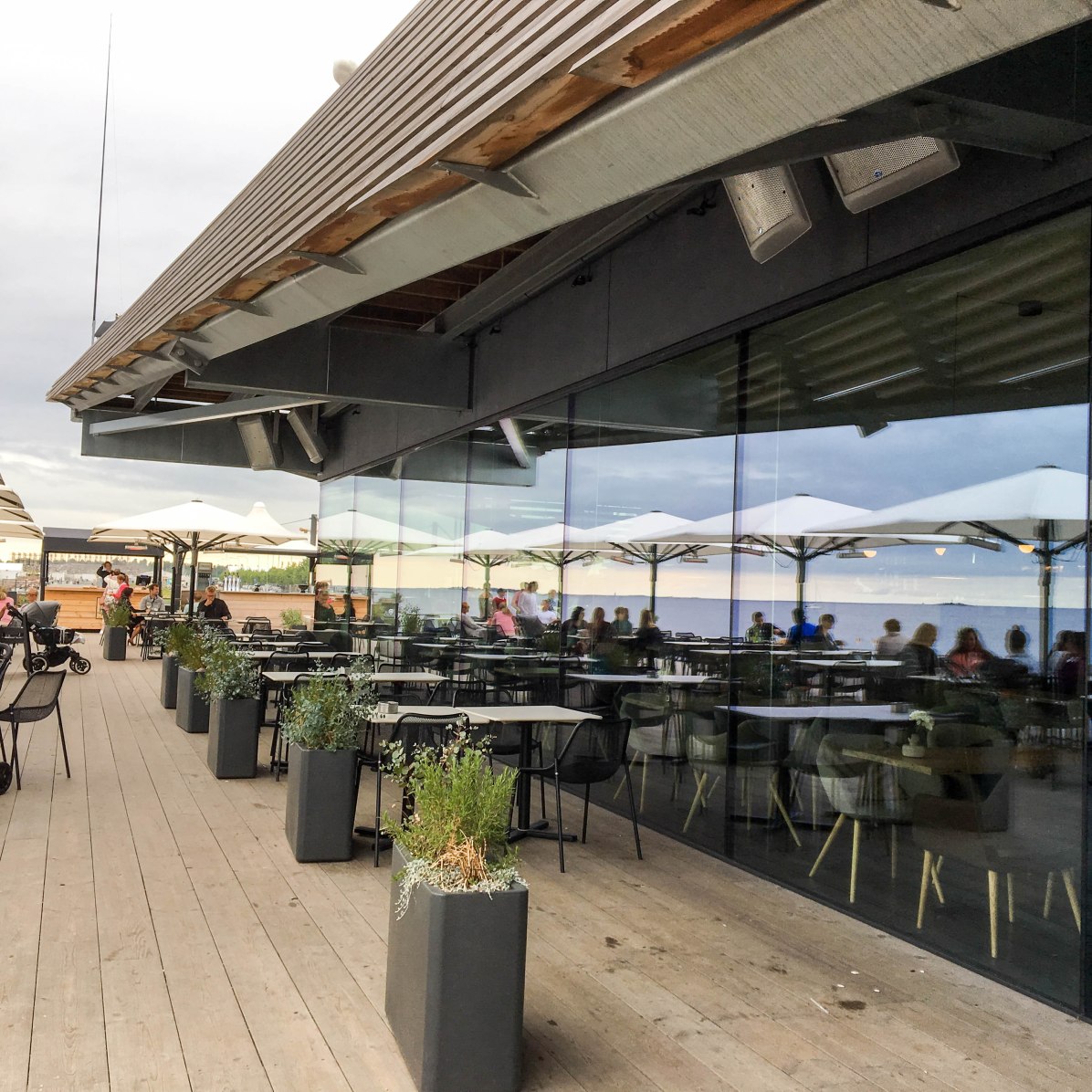 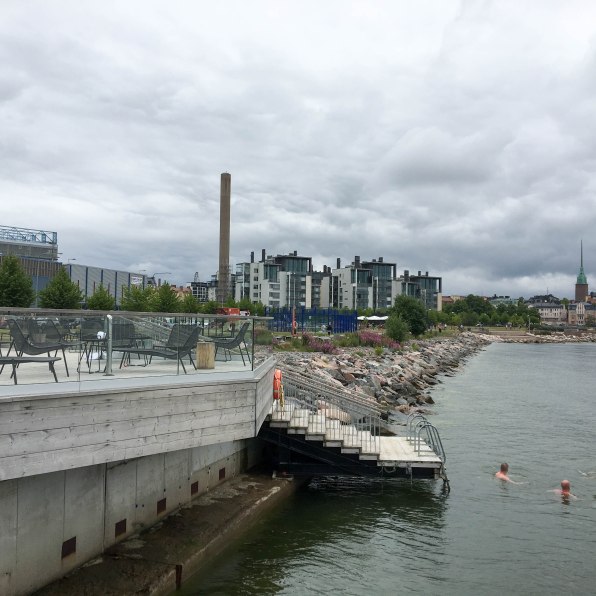 Löyly, have a dip in the sea 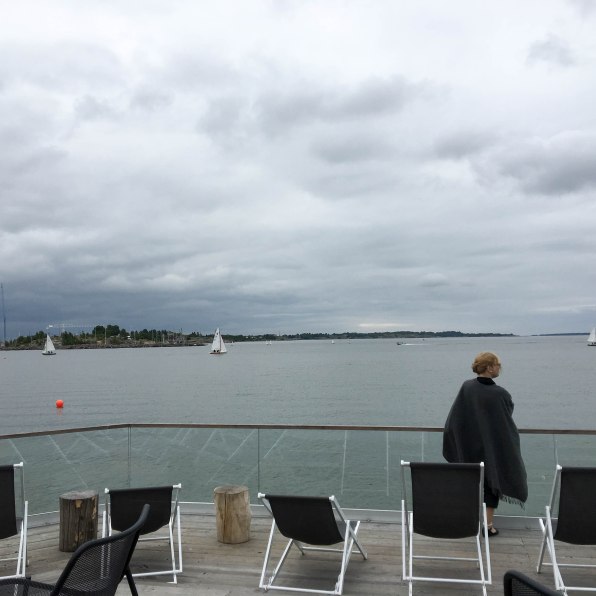 Finland was a pleasant surprise for me, I don’t think I had many expectations for it, I found it to be a very understated and beautiful place.  I would love to come back in the winter and see it covered in snow (and to meet Santa!) 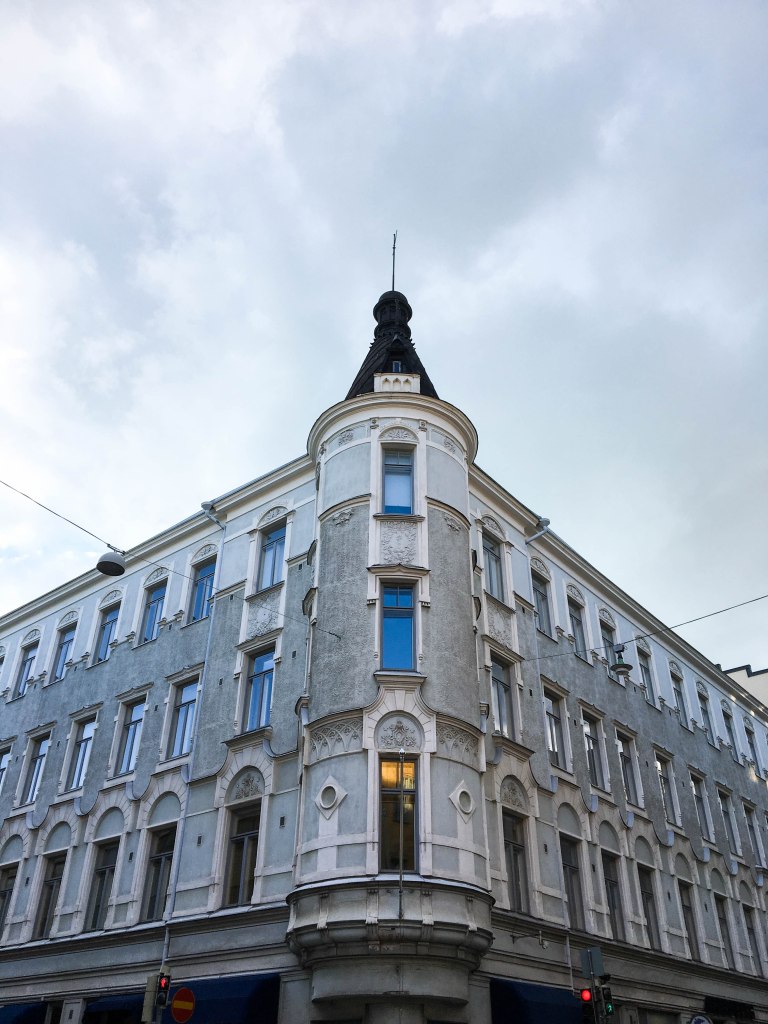 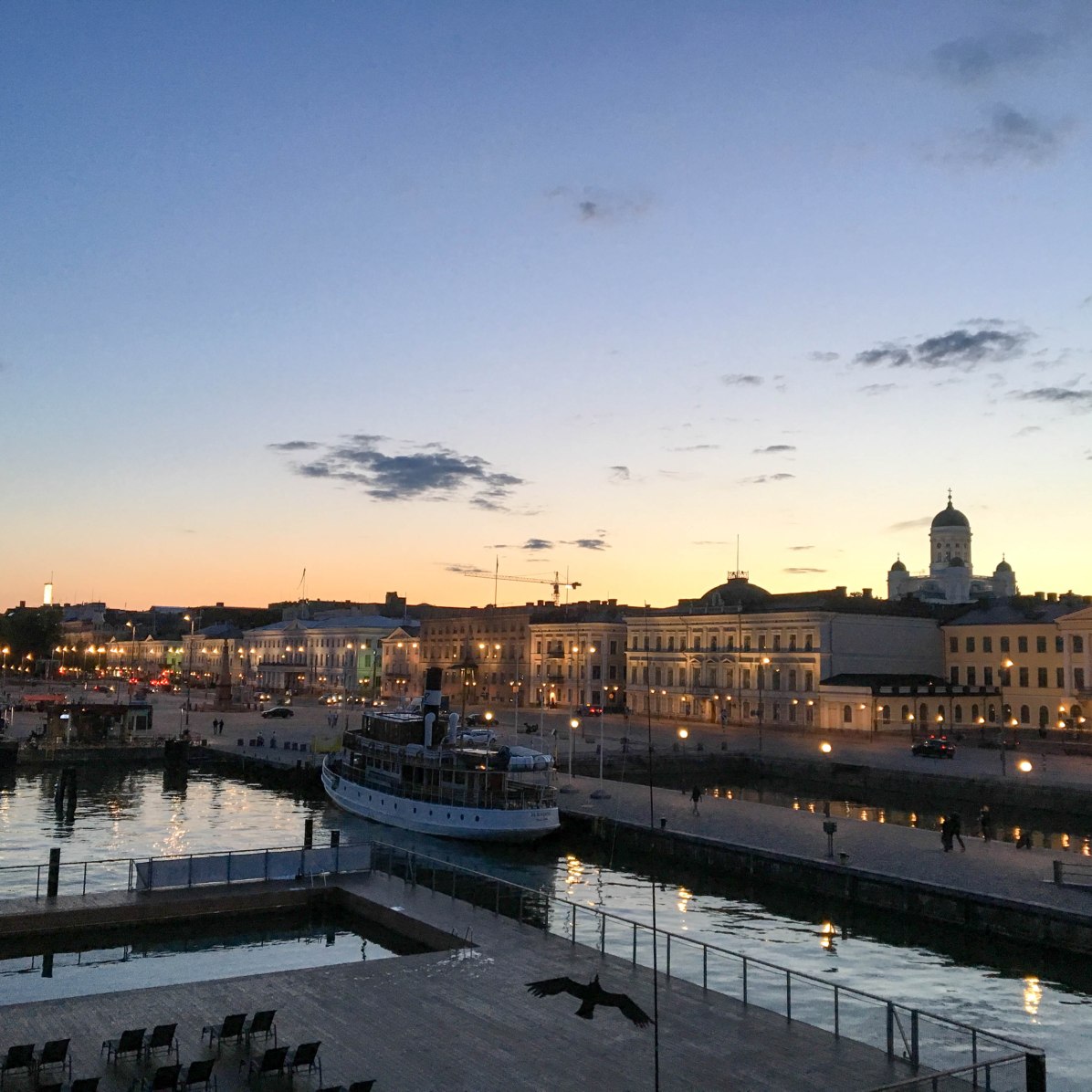 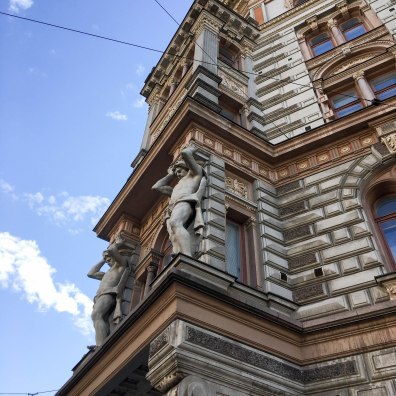 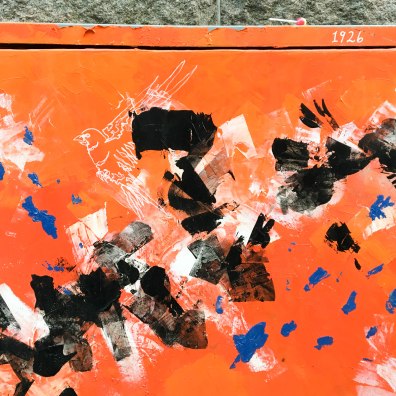 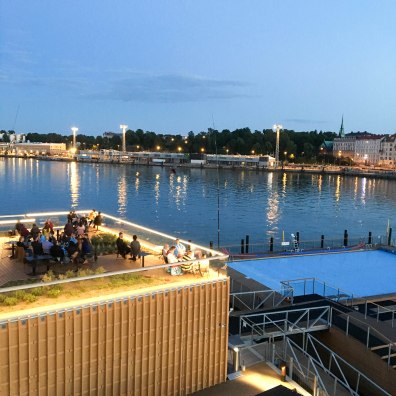 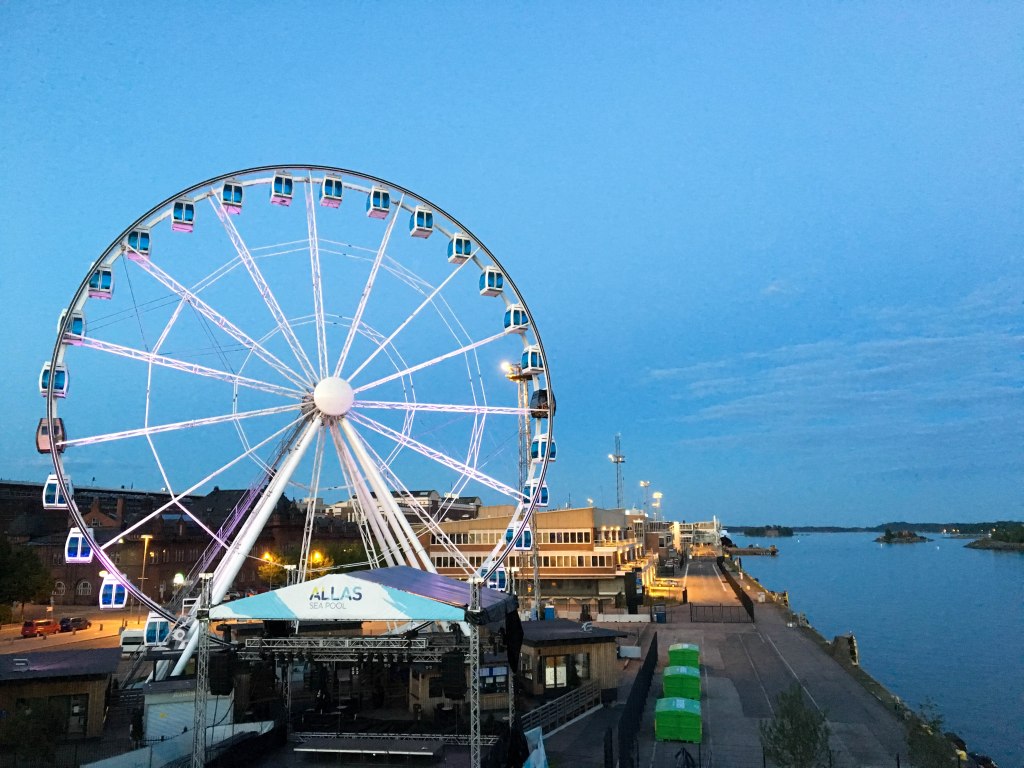