In September, Nico and I went to Newport, RI for his cousin’s wedding.  We were there for barely 48 hours, but it was my first time back in the US in 6 months, and this is what I realized that I missed the most (besides my friends and family, of course!): the ease and incredible selection when shopping for anything, the way restaurants give you a huge, free glass of water filled with ice without you even having to ask for it, and how friendly and chatty strangers are.

We flew from Dublin to Providence with Norwegian Air, which usually has really great deals between Europe and North America (I paid around $250 round trip, which was cheaper than my flight from Lux to Dublin lol).  As neither of us had been to Ireland before, of course we made a holiday out of it.

We landed in Dublin jet lagged at 8am, picked up our rental car, and made it about 15 minutes before we had to stop at the nearest coffee shop to gather our wits.  Our ambitious plan was to drive 3 hours to a hostel in Doolin and then check out the Cliffs of Moher.  I’m lucky enough to be able to sleep on flights relatively easily, so I drove while tried to catch some Zs.

From our hotel in Doolin, we headed off on the Cliffs of Moher Walking Trail, but there is also a Hop On Hop Off bus that takes you straight to the visitor center and popular view points. 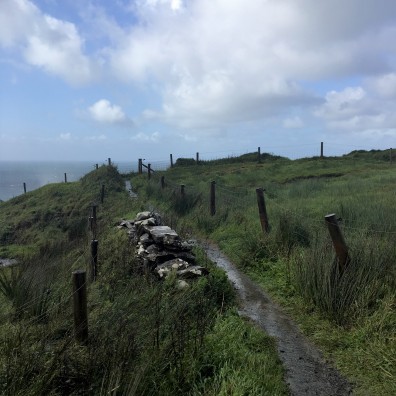 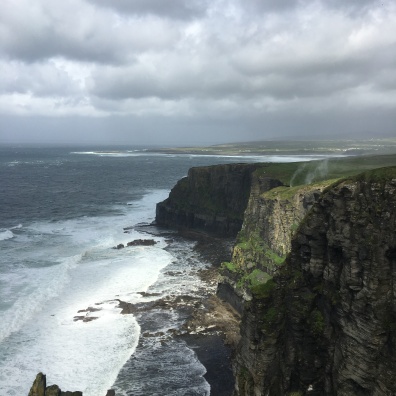 Can you see the water spray rising up above the cliffs?

Holy crap, it was so windy.  It’s a beautiful little hike, a bit muddy, and the waves crashing into the cliffs are awesome.  That day, it was so windy that the mist from the waves down below were being blown straight up.  The wind also literally blew me off my feet, and I tweaked my injured knee and didn’t get to finish the hike. 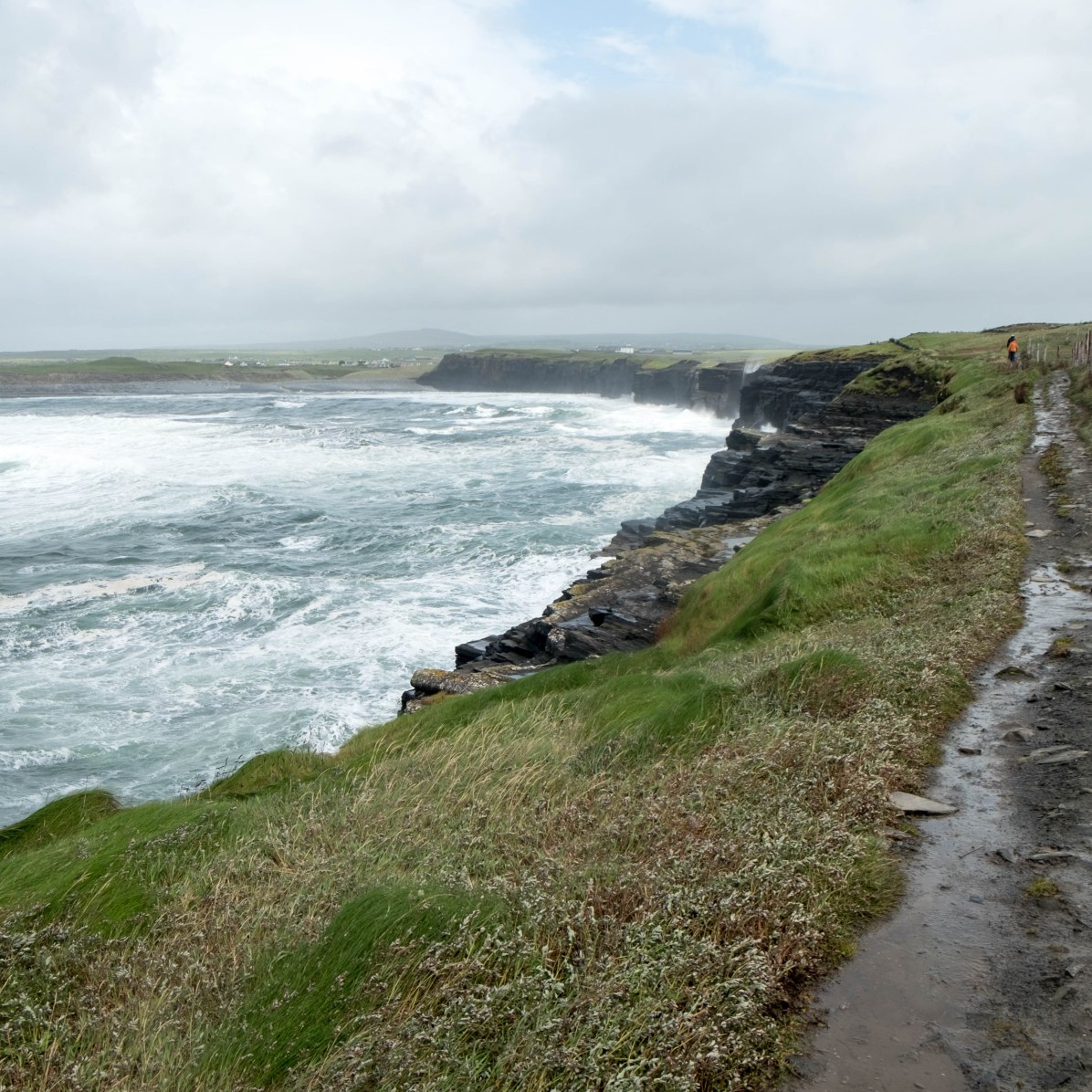 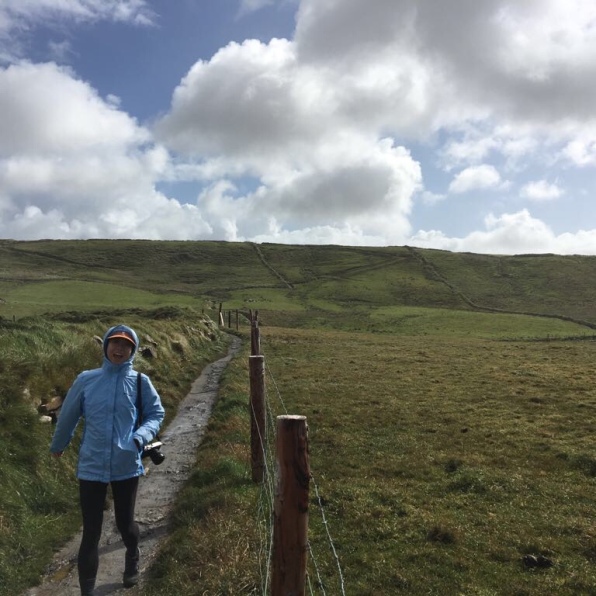 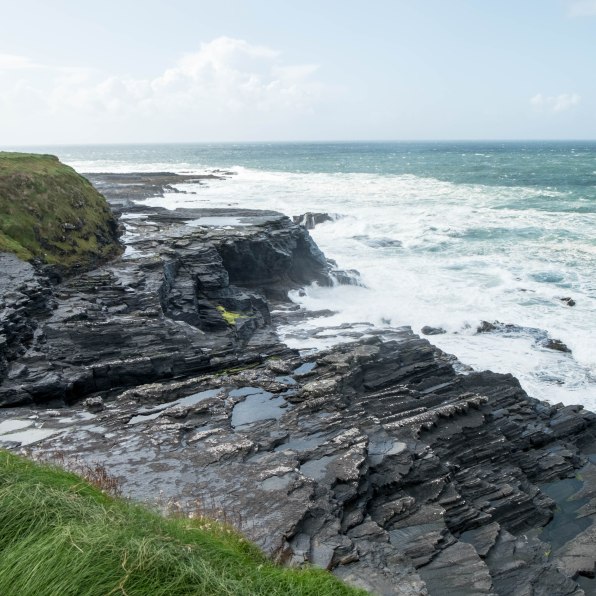 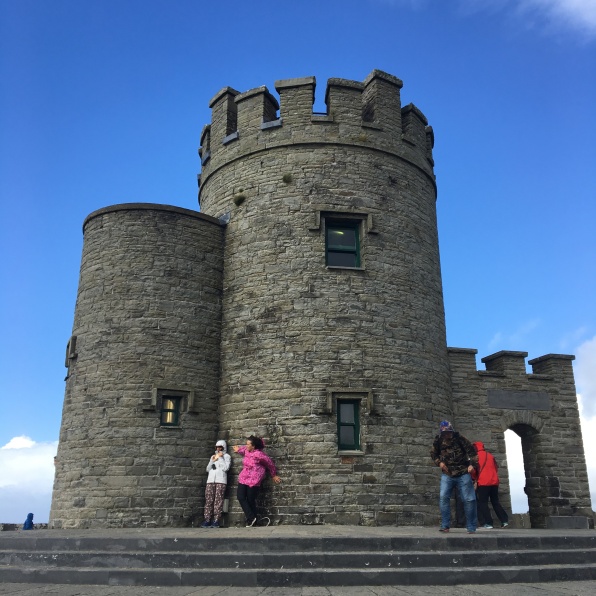 That evening, we hit up 50% of the pubs in Doolin (two out of four) and was warmed by the heartfelt live music.  Everyone knew the words to all the songs and sang or clapped along.  Although we were complete strangers in this town, I felt such a sense of home and community because parts of the atmosphere really reminded me of Austin.

We had planned to drive down to Killarney to hike up Ireland’s highest point, Carrauntoohil, but I wasn’t up to it after the instability I felt in my knee the day prior, so we made alternate plans on the fly.  First, we swung down to Limerick and saw St Mary’s Cathedral and St. John’s Castle, which dates back to 1200. 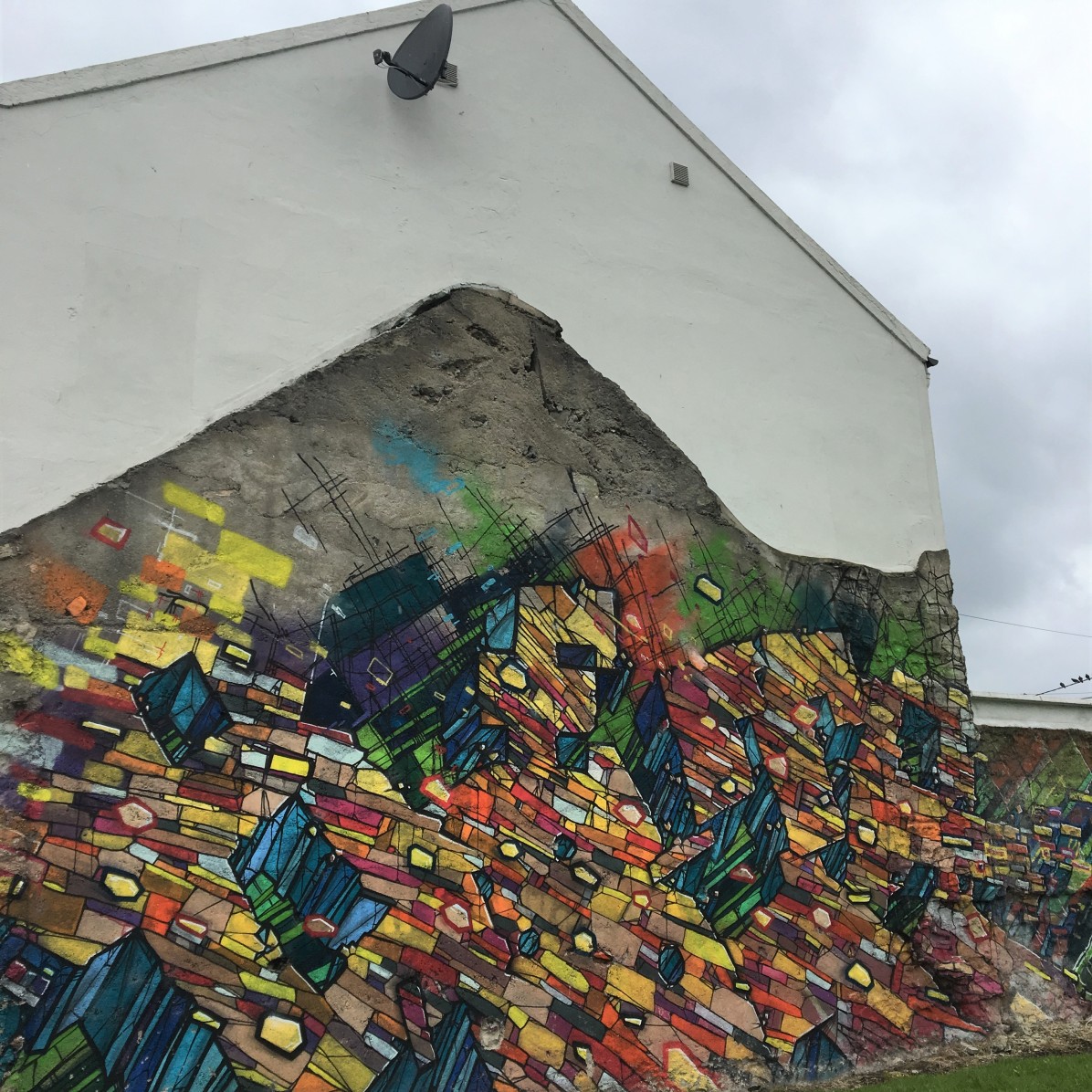 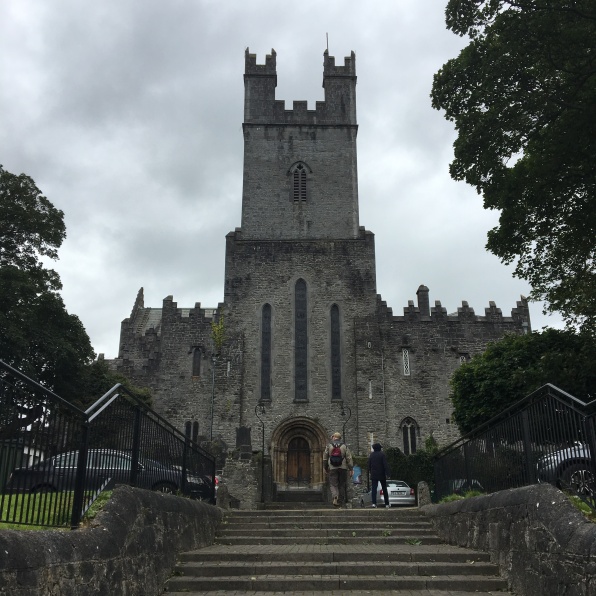 That evening, we drove up to Galway to stay the night in this cute town.  We went to a pub where there was a local step dancing event, and it was AMAZING.  Those dancers (of a wide range of ages) can really move!

The next day, we explored the ivy covered ruins of Menlo Castle, a 16th century castle that was home to the Blakes, the richest family in Galway, until it burned down with them in it in 1910.  Creeeepyy… good thing I didn’t know that backstory until afterwards.  We also took a quick stroll along the Salthill Promenade, but high-tailed it back to our car when we saw storm clouds rolling in.

We couldn’t leave Ireland without doing some alcoholic tourism, and Kilbeggan and Tullamore just happened to be on our way back to Dublin.  Definitely not planned 😉  The Kilbeggan Distillery Experience has set tour times, and I recommend calling ahead to confirm if they have slots or if the tour is still on, as they cancel them if they don’t have enough people.  Kilbeggan really embraces the history of the distillery, which is over 200 years old, and you can see how the whiskey was made just as it was back in the day in large wooden vats and copper stills. 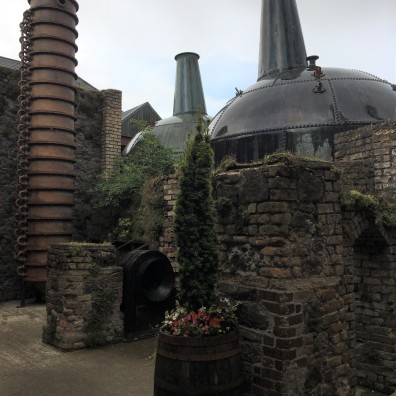 Tullamore Dew is a 15 minute drive from Kilbeggan, but we didn’t have enough time to do the full tour.  The Tullamore center is a lot more commercial and popular than Kilbeggan, but is still well done with a variety of tastings options.

Our last day, we only had the morning in Dublin to walk around and do a quick tour before flying back home, but I definitely plan on coming back!